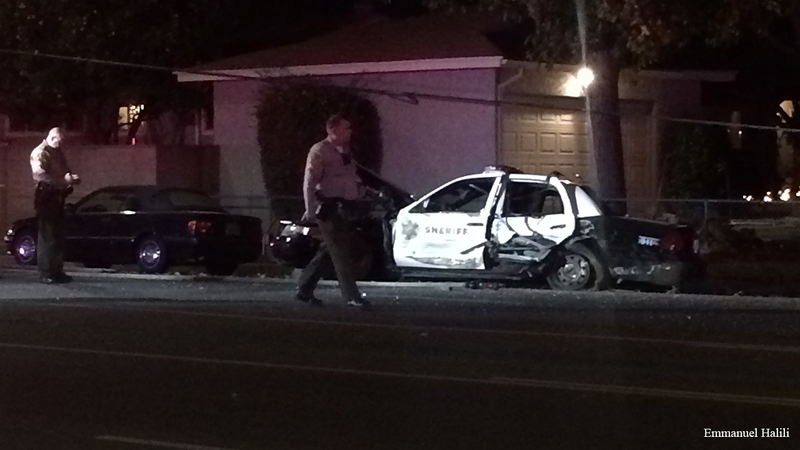 The sheriff's department said a deputy pulled over a car during a criminal investigation near Fallbrook Avenue and Roscoe Boulevard.

During the course of the traffic stop, a man and a woman were detained and placed in the back seat.

The woman in the backseat was able to get into the driver's seat of the cruiser and take off, according to officials.

Deputies said she drove south on Fallbrook Avenue and hit one parked car and a moving vehicle before hitting a utility pole.

"It was just unreal," Jordan James, a witness said. "I figured it was some cop on its way to save someone and I see it swerve off the road. It hits a telephone pole and then there's electricity everywhere."

James rushed over and helped the suspects who were both screaming in pain.

James said the woman was covered in blood and had only one hand hand-cuffed.

The male suspect was still in the back of the car, according to James. He and another man helped pull him out of the backseat and neighbors nearby the crash site helped keep the suspects near the scene until officers arrived.

Officials said the man and woman face charges of grand theft auto and hit and run.