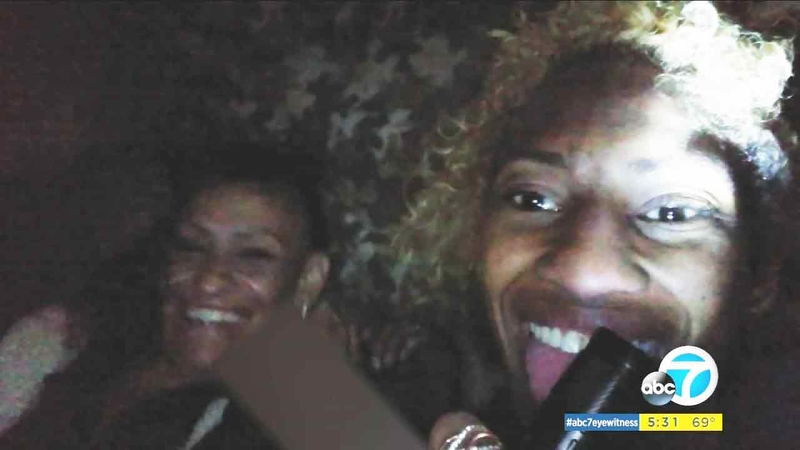 Desiree Hernandez said her purse, containing her phone, wallet and keys, was rapidly stolen from her arms while she walked home early Saturday morning in Highland Park.

"The passenger of the car just hung out and, like, grabbed my purse from me and just, like, snatched it from my hand," she said.

When the victim arrived home, she started to change the passwords to her various accounts when she noticed selfies of strangers taken with her cellphone.

"I have my photos linked to my Google account, so whenever I take pictures...I noticed there were pictures of people I didn't even know," she said.

She said the pictures were taken shortly after her purse was stolen.

Because the theft happened so quickly, Hernandez didn't get a good look at the suspects, so it's not clear if the people in the photos are the ones that stole her purse.

Police said they have seen the photos and are investigating, but at this point, they aren't calling the people in the pictures suspects, only persons of interest.

Hernandez shared her story through the hashtag #abc7eyewitness in hopes of catching the people responsible for the crime.

Anyone who may know the people in the photos were asked to call police.
Related topics:
highland parklos angelestheftcaught on cameraselfie
Copyright © 2021 KABC-TV. All Rights Reserved.
More Videos
From CNN Newsource affiliates
TOP STORIES