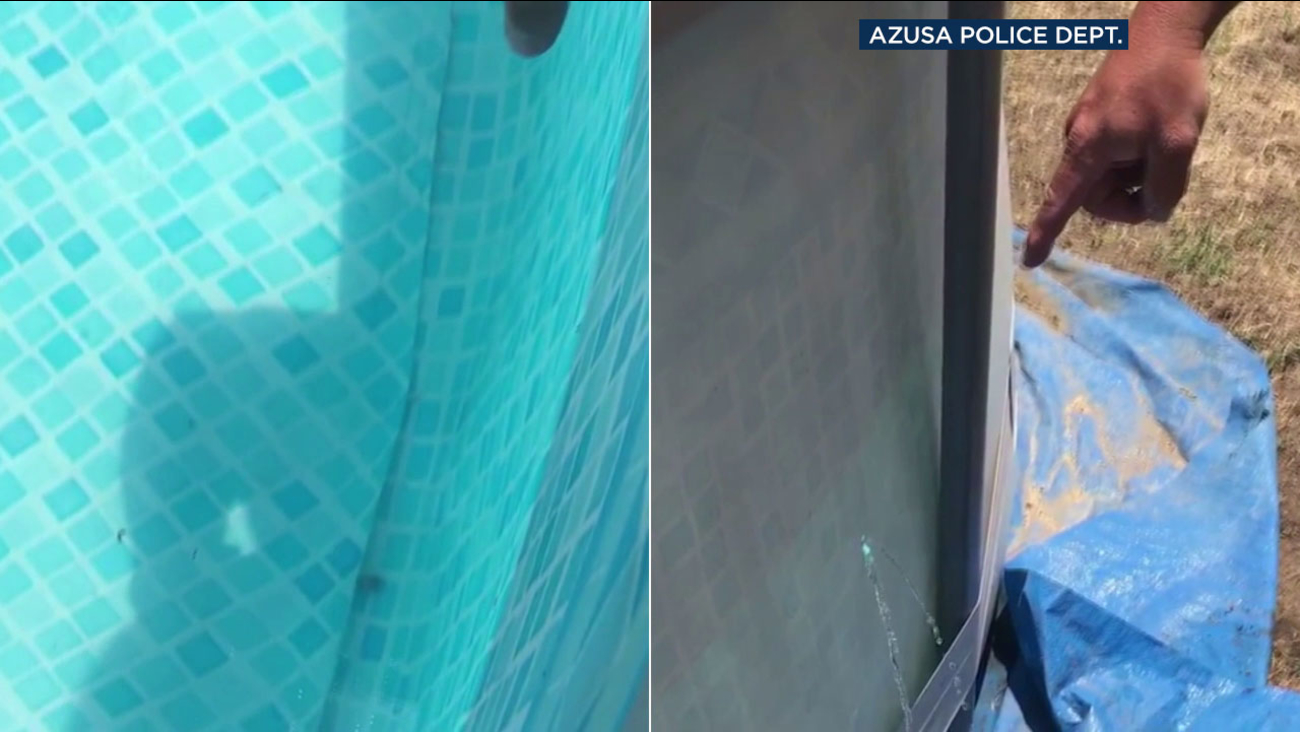 A bullet shot into the air on July Fourth was found at the bottom of an Azusa family's pool. (Azusa Police Department)

AZUSA, Calif. (KABC) -- A bullet, apparently shot up in the air to celebrate the Fourth of July in Azusa, fell down and ripped through a pool where a father and daughter were swimming, police said.

The man and his daughter were swimming in their aboveground pool in the 200 block of E. Roland Street, but did not hear the gunshot amid all the fireworks being discharged.

He noticed the pool was leaking, but it wasn't until Thursday that he found the bullet in the pool.

Police said the incident is a reminder that celebratory gunfire can be very dangerous.

"Had that bullet struck the child or the father, someone would have innocently been murdered on a holiday," said Azusa Officer Mike Bires, in a public service video released by the department. "Why? It's not worth it. Just don't do it."

There was a similar incident in Pasadena on Wednesday.

A woman was driving on the 800 block of Magnolia Street when a bullet fell from the sky and dented her car's roof, the San Gabriel Valley Tribune reported.

The bullet punched a small hole in the roof but did not go through and she was not injured.
Report a correction or typo
Related topics:
azusapasadenastray bulletjuly 4thguns
Copyright © 2021 KABC-TV. All Rights Reserved.
More Videos
From CNN Newsource affiliates
TOP STORIES