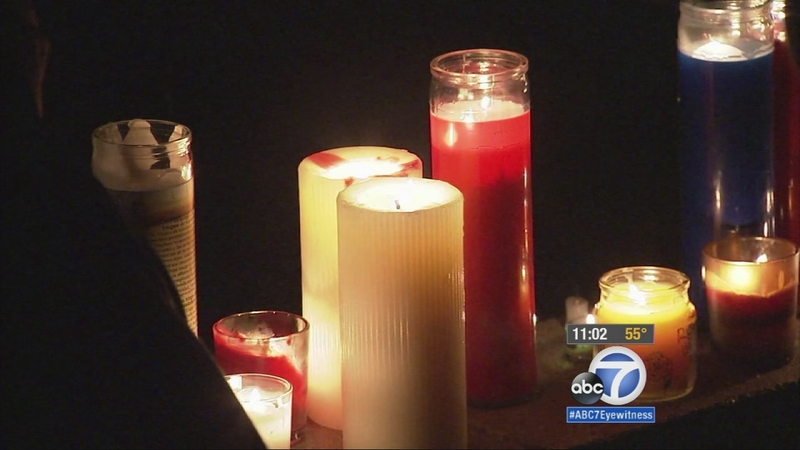 PLACENTIA, Calif. (KABC) -- A Placentia school was shocked and wracked with grief after a 31-year-old teacher was found hanging by students in an El Dorado High School classroom Monday.

Authorities responded to a 911 call at the school at 8:34 a.m. and found Jillian Jacobson, of Anaheim, in full cardiac arrest.

Police said students in Jacobson's first period photography class found that their classroom was locked, so they notified another teacher.

That's when students found Jacobson hanging in the classroom. She was taken down and when paramedics arrived, attempts were made to revive her, but she was declared dead at the scene.

The school district said a crisis team responded to the school to assist staff. Students, many of whom were sobbing, were dismissed from school at 11 a.m.

At a vigil Monday night, students remembered Jacobson as a positive and happy person.

"She was just one of those people you could come to for anything. She didn't judge you. She always had a smile on her face. She cared about you," student Maddie Ornelas said.

"I saw some kids who were sobbing and I didn't have her, but I couldn't help but cry with them," student Isaiah Campbell said. "I gave some people some hugs and let 'em know that I know it's tough and we can get through it."

"Mrs. Jacobson was always in a great mood, every time I saw her on campus, any time I had to work in a classroom with her," Gibbs said. "She was just always spot on -- never gave any indication at all that she was having any problems, personal or otherwise."

One former student, Kylie Bentley, was in tears at the vigil, wondering what could have been done to prevent Jacobson's suicide.