KABC
By Jade Hernandez
ARCADIA, Calif. (KABC) -- Two stores less than three miles apart were robbed within less than an hour of each other with the thieves using a stun gun in both cases. Authorities are trying to figure out if the crimes are linked.

The first robbery occurred at a CVS in the 5500 block of Rosemead Boulevard in Temple City around 9:10 p.m. Thursday.

Two women took various unknown items and tried to leave without paying for them. When an employee confronted the culprits, one of the women produced an old-style stun gun and activated it. This confrontation was captured on surveillance video.

Los Angeles County sheriff's officials said the woman did not injure anyone with the stun gun at that location. When the woman brandished the weapon, the CVS worker let the women leave. The suspects were seen fleeing in a red car.

Approximately 45 minutes later, Arcadia police officers were called to a Vons grocery store in the 700 block of W. Naomi Avenue regarding a robbery.

A map shows the locations of two similar robberies - one in Temple City and another in Arcadia.

Police said three women in their mid-30s wearing black clothing were trying to leave the store without paying for baby formula.

The women were confronted by a store security guard, who attempted to stop them. That's when one of the women used a weapon resembling a stun gun to shock the guard.

"I just went and picked up groceries and as I was exiting, I went to my car, I started hearing the Taser, so I turned my head," said one witness. "They had big purses. They had big bags. That I noticed."

The guard stepped back and let the women leave. He said the women fled the scene in a red vehicle traveling eastbound on Naomi Avenue.

"The stun guns, it's not surprising though, because they're readily available, and anyone can get them as long as you're of age," said Lt. Roy Nakamura with Arcadia police.

"I think there's a great concern mainly because they are using a weapon that can easily incapacitate you," said LASD Sgt. Maurizio Avila.

"We don't know if there's any other weapons on them. So they are taking it to the extreme, especially for something where they're just coming in, grabbing items from a simple convenience store," Avila said.

Though the two crimes both involved a stun gun, it was not confirmed if the same women were behind the robberies.
Report a correction or typo
Related topics:
temple cityarcadialos angeles countyweaponscrimesearchlos angeles county sheriff's departmentrobberycvsarmed robbery
Copyright © 2020 KABC-TV. All Rights Reserved.
More Videos
From CNN Newsource affiliates
TOP STORIES 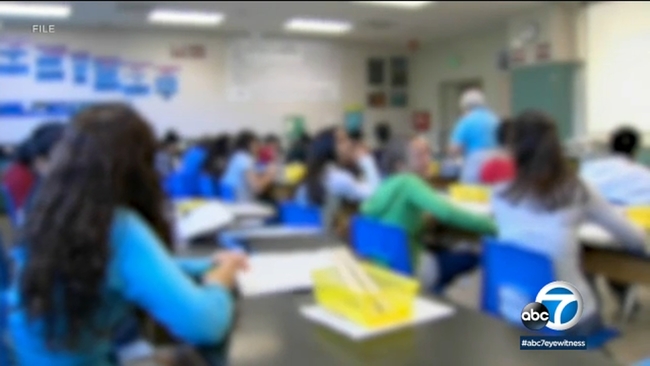