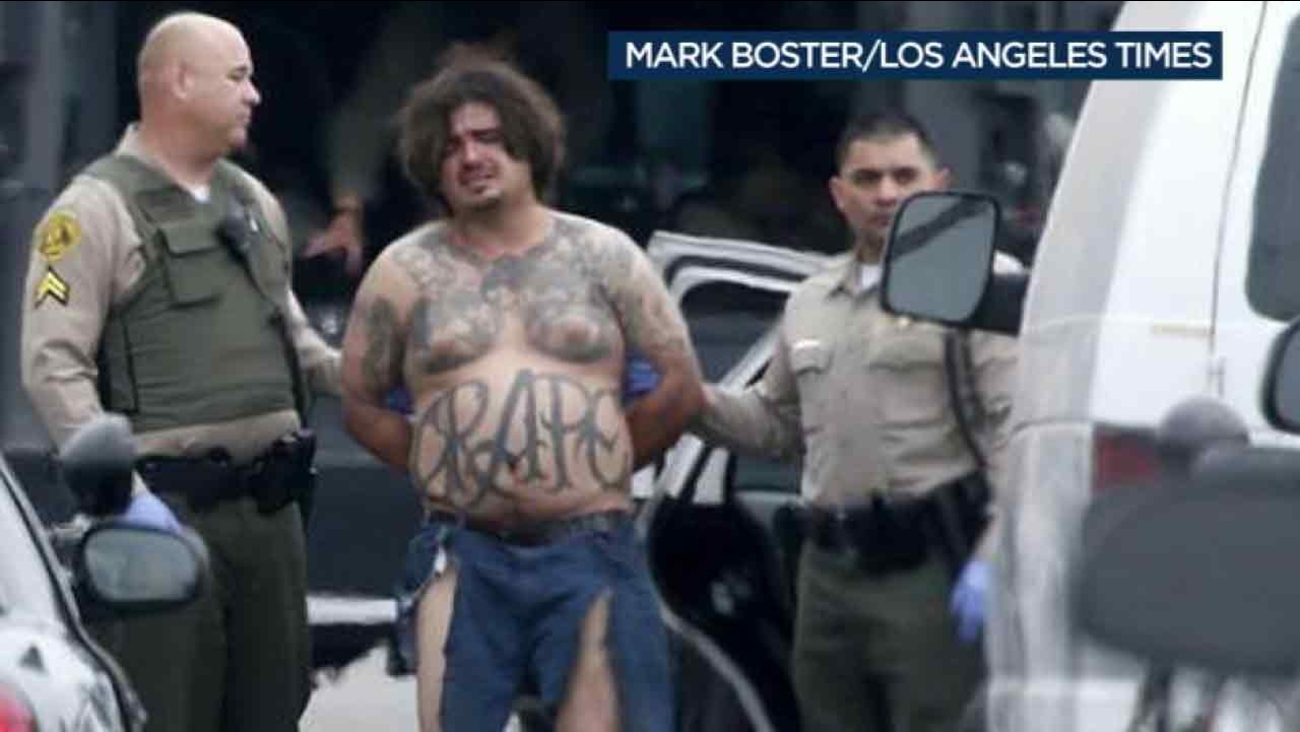 BELLFLOWER, Calif. (KABC) -- A man behind bars facing attempted murder charges in the shootings of two sheriff's deputies in Bellflower was identified Friday.

Juan Manuel Martinez, 39, was arrested Friday morning at a home in the 9000 block of Mayne Street after entering the residence and holding a man hostage. The arrest came after Martinez allegedly engaged deputies in three separate gun battles shortly before 11 p.m. Thursday.

The hostage escaped and Martinez was captured after deputies fired tear gas into the home.

During an early Friday morning press conference, authorities said deputies were conducting a DUI checkpoint in the area Thursday night when Martinez began driving erratically in an attempt to flee from the checkpoint.

A motorcycle deputy attempted to stop Martinez, who then exited the vehicle and began shooting. The motorcycle deputy fired back and was hit during the firefight. The suspect then got back in his car and fled the scene, authorities said.

Martinez was arrested on multiple charges of attempted murder on a peace officer and kidnapping of a civilian. He was being held in lieu of $10 million bail.