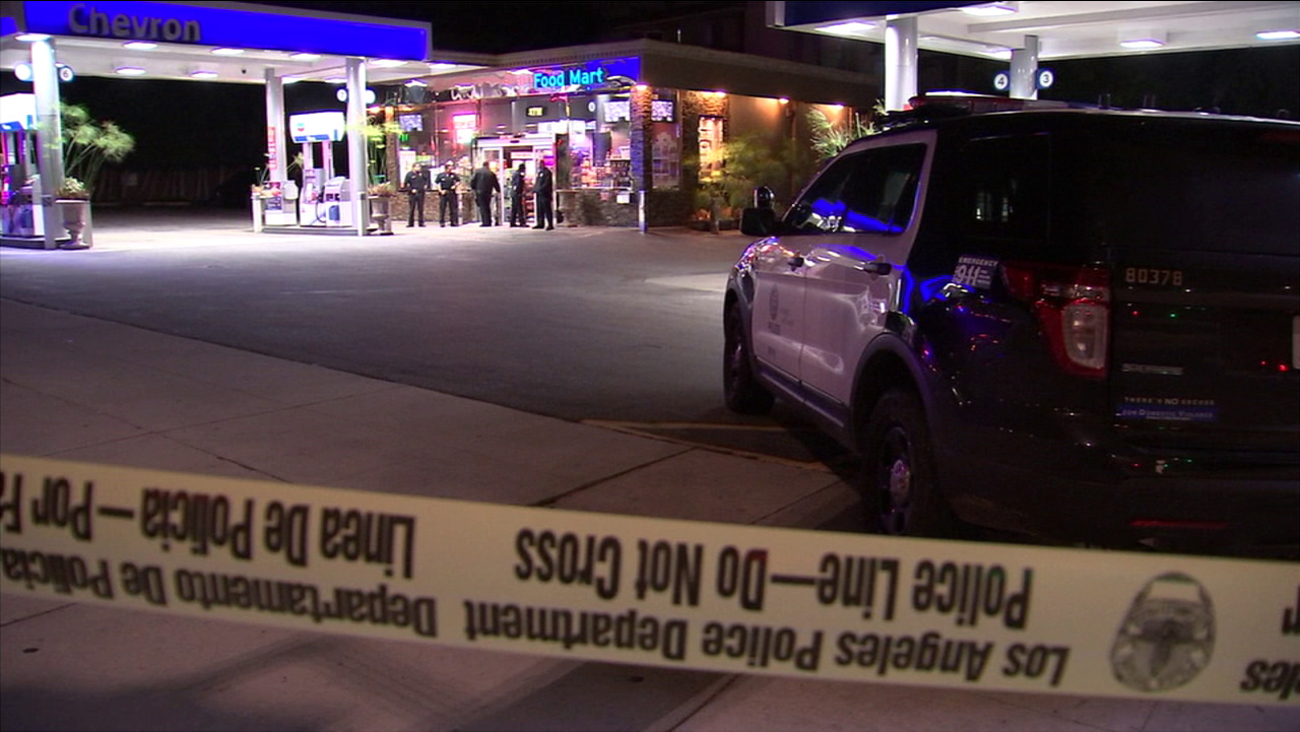 A Los Angeles Police Department vehicle is seen outside a gas station in Los Feliz where an employee was fatally shot on Tuesday, Jan. 17, 2017. (KABC)

LOS FELIZ, LOS ANGELES (KABC) -- A 25-year-old man has been arrested in connection with the fatal shooting of a clerk during the robbery last week of a gas station in Los Feliz, authorities confirmed Wednesday.

Kayshon Moody, 25, was being held without bail after his arrest Friday, according to the Los Angeles Police Department.

Charged with one count each of murder and second-degree robbery, Moody appeared in court Tuesday and is scheduled to be arraigned Feb. 21. The Los Angeles resident is also facing another second-degree robbery charge stemming from a separate incident on the day of the shooting.

Moody allegedly made a purchase at a Chevron station in the 2100 block of Vermont Avenue about 3:30 a.m. Jan. 17. According to police, he remained in the convenience store as another customer entered, bought something and departed. The gunman then approached the cash register again.

"He appeared to be making another transaction," LAPD Detective Meghan Aguilar said last week, "although before that began, he pulled out a handgun and gave some orders to the cashier."

The 34-year-old victim, M.D. Mizu Rahman, "appeared to be cooperating, although at that time the suspect fired multiple shots at the cashier," Aguilar said.

According to investigators, the assailant then reached over the counter, took the cash drawer out of the register and fled in a car.

Despite being shot, Rahman was able to call 911. He was rushed to a hospital, where he was pronounced dead.

Friends and regular customers of the gas station said Rahman was a graduate student from Bangladesh who was working his way through school and sending money home to his family.

Prosecutors have not announced whether they will seek the death penalty against Moody. 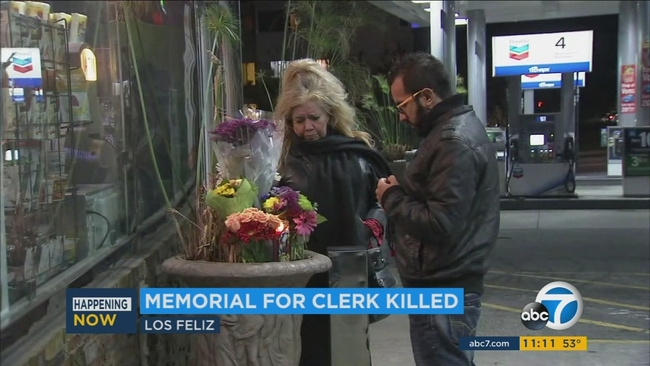