Suspect arrested in Redlands shooting that killed 1, injured another 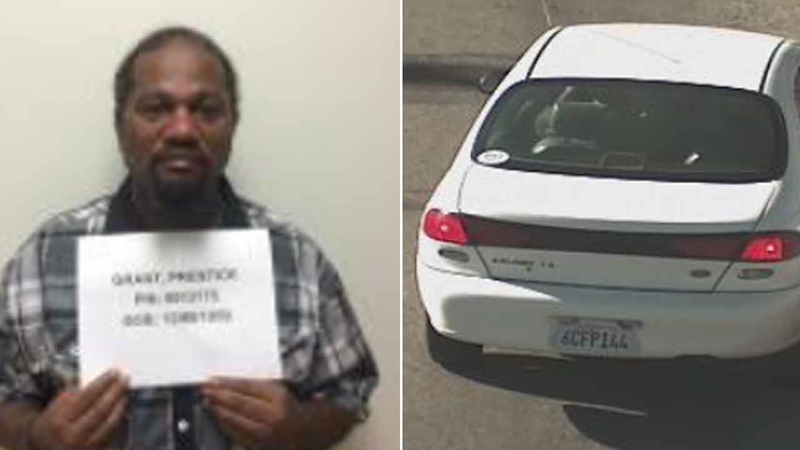 Person of interest sought in Redlands shooting that killed 1, injured another

REDLANDS, Calif. (KABC) -- Police have arrested a suspect in a shooting that killed a woman and injured a man in Redlands Friday afternoon.

Redlands police responded to reports of gunshots at around 12:30 p.m. in the 600 block of east Brockton Avenue, when they found both victims with gunshot wounds.

Both people were transported to local hospitals, where the 43-year-old woman later died. The second victim, a 28-year-old man, was treated in unknown condition.

Police said the male victim was sitting in a car with his son in the back seat when the shooter approached his vehicle and shot at him, but also struck the female victim, who was believed to be an innocent bystander.

Investigators named 55-year-old Prentice Tonell Grant as a person of interest in the shooting. They believe he was seen leaving the scene in a 1998 white Ford Escort with the license plate #6CFP144.