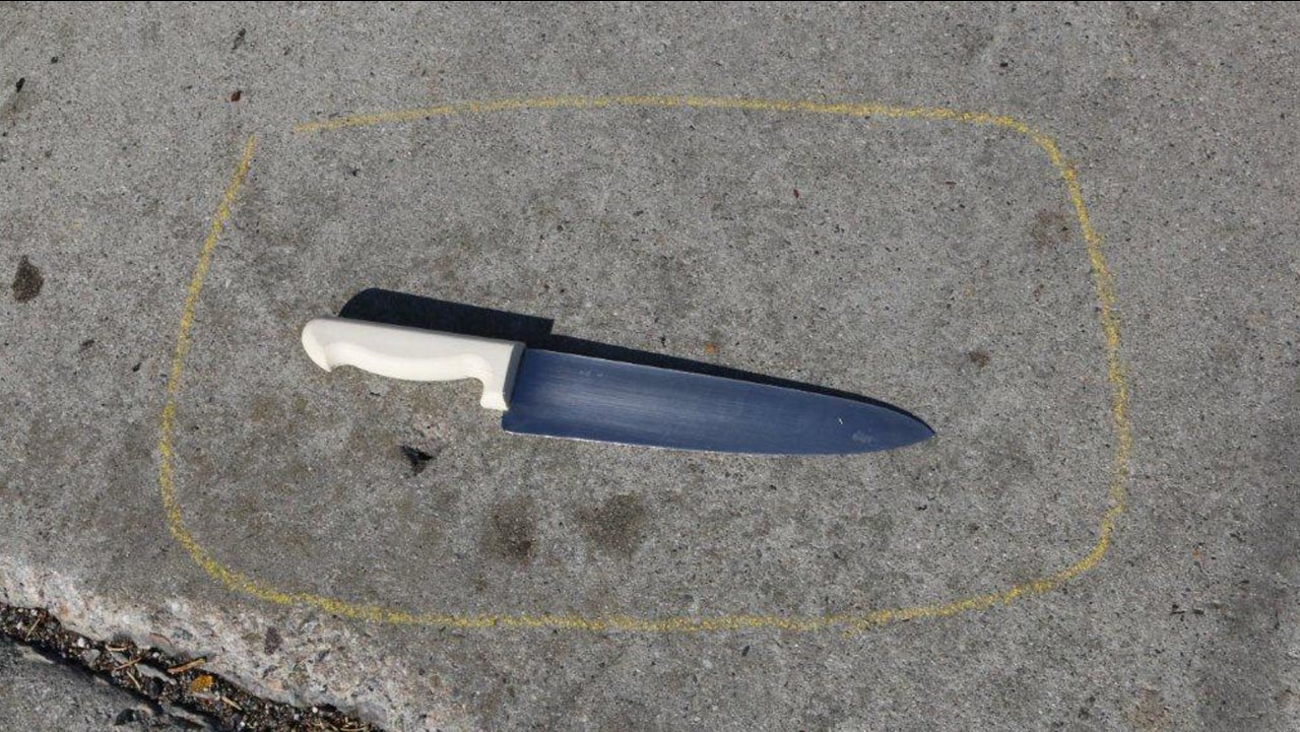 The knife that a suspect allegedly used to charge at two Anaheim police officers is shown on Monday, June 8, 2015.

ANAHEIM, Calif. (KABC) -- Two Anaheim police officers shot and killed a suspect who allegedly charged at them with a large knife Monday afternoon.

The officers made a traffic enforcement stop at about 2:40 p.m. in the 300 block of West La Palma Avenue. A suspect, who was not related to the stop, charged at one officer with a knife, police officials said.

The suspect was transported to UCI Medical Center, where he was pronounced dead.