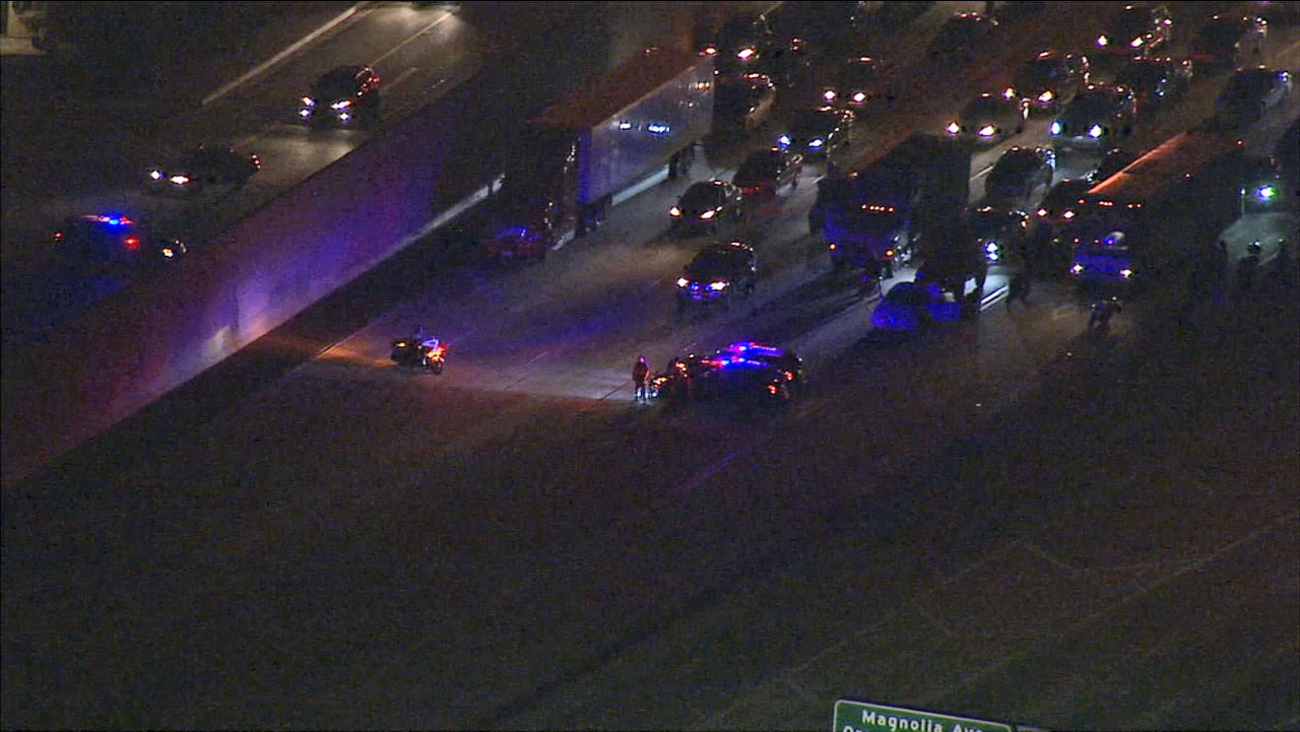 The 91 Freeway was closed in both directions at Brookhurst Boulevard in Fullerton while police were hunting for a pursuit suspect Thursday night.

Both directions of the freeway were closed at Brookhurst Boulevard in Fullerton while police searched for the driver, who abandoned his vehicle at the off-ramp.

Police said the male suspect fled on foot across the freeway and hid behind the westbound off-ramp.

The suspect fired at police when they approached him, but no officers were hit, according to officials.

As authorities waited for an armored rescue vehicle, they approached the gunman and found him with a gunshot wound to the head, police said.

There was no word on the identity of the suspect.