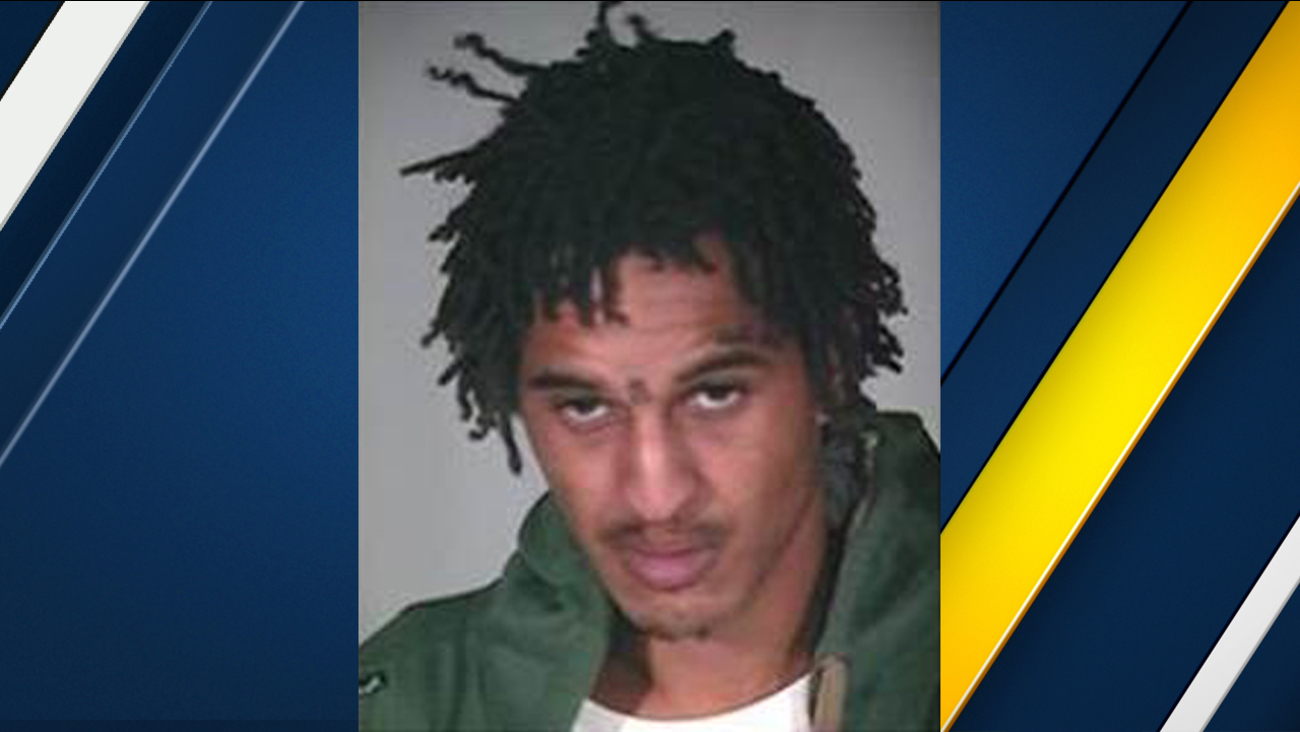 Charles Brown, 31, is seen in a photo released by authorities after the arrestee escaped from police custody in Victorville on Sunday, March 26, 2017. (San Bernardino County Sheriff's Department)

VICTORVILLE, Calif. (KABC) -- A search continued on Monday for a narcotics suspect who slipped out of a pair of handcuffs and escaped from police custody in Victorville, authorities said.

Charles Brown, 31, had been arrested about 4:10 p.m. Sunday on suspicion of transportation of narcotics, the San Bernardino County Sheriff's Department said in a statement. He was then driven to the Victorville Police Department to be interviewed by deputies.

According to the news release, Brown was in the back seat of a marked patrol unit when he "was able to slip one hand out of his handcuffs and exit the patrol car."

After the suspect fled on foot, a search was launched by deputies, a sheriff's aircraft unit and a K-9 unit, to no avail.

Brown, an Adelanto resident, is described as black, 6 feet tall, weighing between 160 and 170 pounds, with short black hair, brown eyes and a tattoo of the letter B on the bridge of his nose.