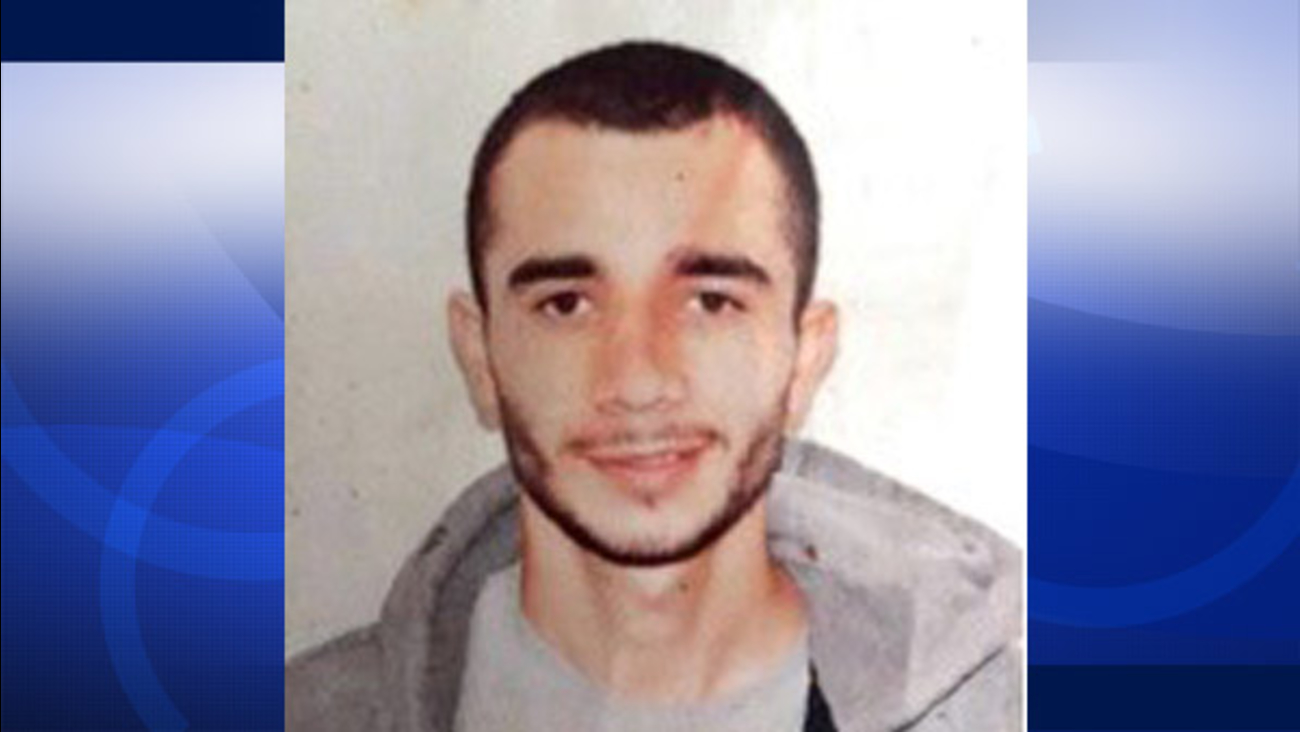 Conrado Ferrer, 23, is shown in an undated photo.

MONTEBELLO, Calif. (KABC) -- Montebello police detectives are searching for a 23-year-old domestic violence suspect who escaped custody at a nearby hospital wearing only a patient gown.

Around 1:09 a.m., police received a call about a man involved in a domestic dispute with his girlfriend.

The suspect, identified as Conrado Ferrer, got in an argument with his girlfriend and ended up biting her finger, pushing her to the ground where her head hit a block wall and attempting to choke her.

A motorist passing by saw the incident and contacted police.

When officers arrived, Ferrer attempted to flee the scene and jumped from an apartment building roof. He broke his arm in the fall and was apprehended.

While being taken into custody, police said Ferrer made statements about wanting to kill himself. He was taken to Beverly Hospital for treatment for his arm and to receive a psychiatric evaluation.

Around 5:19 a.m., authorities said Ferrer escaped from the hospital wearing only his patient gown. A search in the area was conducted with assistance from Monterey Park Police, but he was not found.

Montebello police detectives are asking for the public's help to find him.

Ferrer is described as Hispanic with short black hair, brown eyes and a beard, standing 5 feet 8 inches tall and weighing about 150 pounds. He has a tattoo on his left hand.