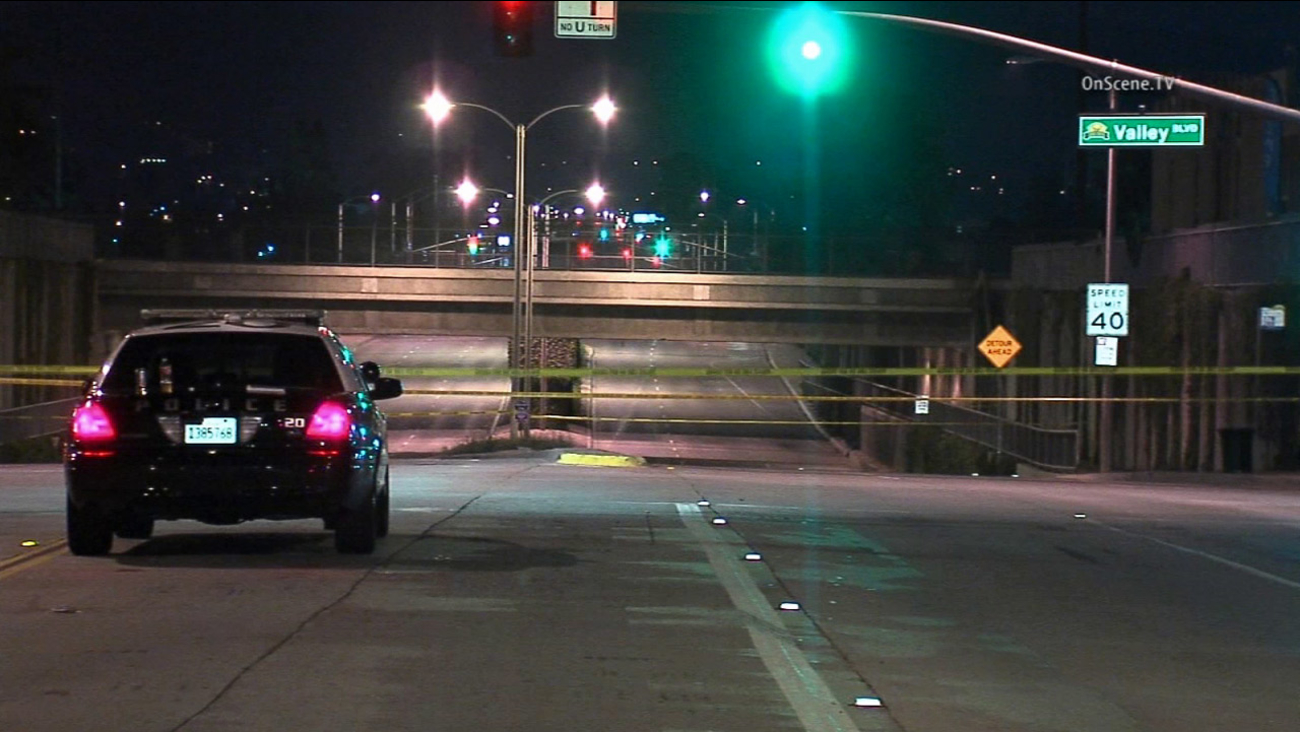 An intersection was cordoned off as sheriff's deputies investigated an officer-involved shooting in West Covina on Friday, July 3, 2015. (KABC)

WEST COVINA, Calif. (KABC) -- A man suspected of coming at a West Covina police officer with a knife was killed in an officer-involved shooting Friday night.

At 8 p.m., West Covina police officers received a call for service regarding a person suffering from stab wounds in the 4100 block of Sentous Avenue.

Officers arrived at an apartment complex and found the victim suffering from stab wounds. He said he and his brother lived together and had gotten into a confrontation.

The victim said his brother tried to leave the apartment with a knife. When he tried to stop his brother from leaving, he was stabbed.

His brother then left the apartment with the knife. Authorities began searching for him in the area.

An officer found the suspect walking on the sidewalk in the 700 block of Nogales Street. When the officer tried to make contact with the man, he began approaching the officer with the knife.

The officer then tried to subdue the suspect with a Taser. The suspect was momentarily knocked to the ground, but stood up and again approached the officer with the knife in his hand.

The man was then shot and later pronounced dead at the scene. The weapon, which was described as a "large kitchen-style knife," was recovered. He was identified as 27-year-old Cesar Juarez.

The victim was transported to a local hospital where he was treated for the stab wounds and will survive.