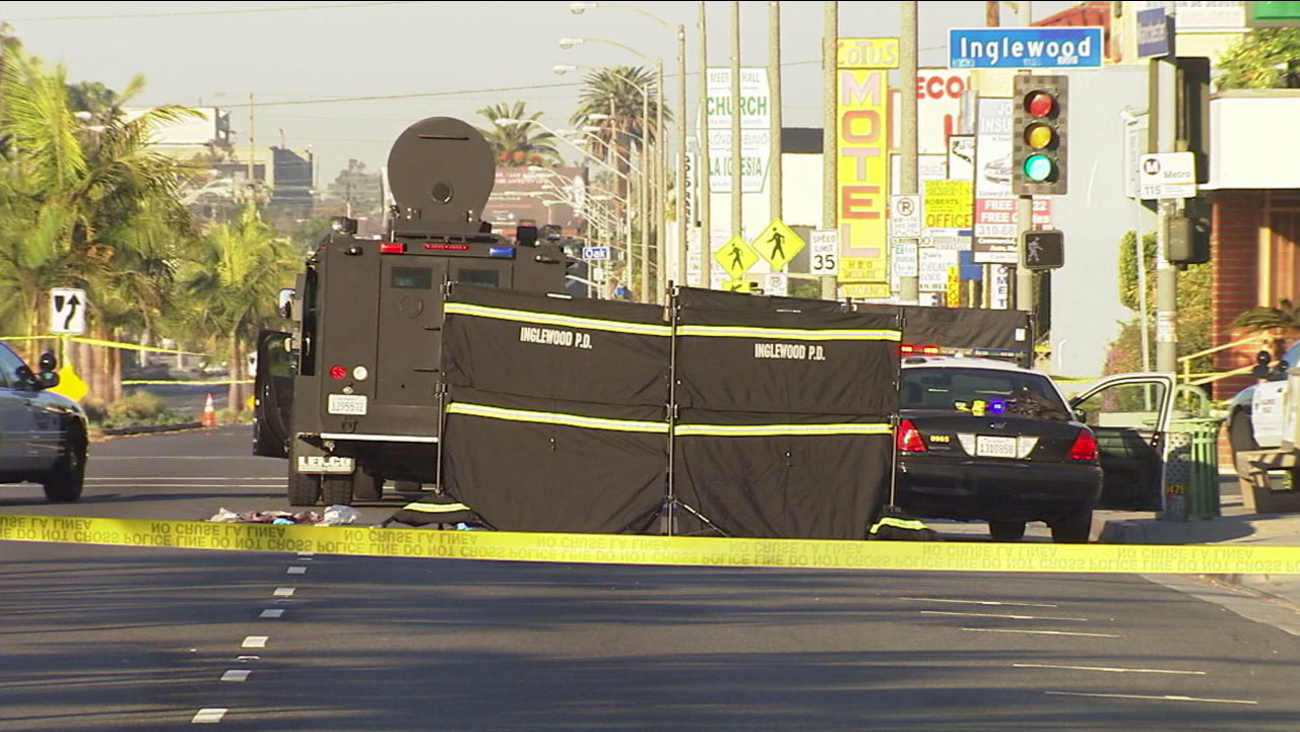 Authorities cordoned off a section of Manchester Boulevard after an officer-involved shooting occurred on Sunday, Feb. 21, 2016. (KABC)

INGLEWOOD, Calif. (KABC) -- A man killed in an officer-involved shooting in Inglewood earlier this week was identified on Saturday.

Marquintan Sandlin, 32, of Perris, and an unidentified woman who police said was holding a gun while inside a car, were shot and killed by police on Sunday.

The Inglewood Police Department responded to a call around 3 a.m. regarding an occupied car stopped facing a westbound lane of traffic at the intersection of Manchester Boulevard and Inglewood Avenue.

When officers arrived, they found the armed pair inside the car. An officer-involved shooting then occurred, police said.

Authorities said both people in the car were hit by gunfire and the woman was killed. Sandlin was taken to a nearby hospital where he succumbed to his injuries.

Anyone with information into the incident was asked to call the Inglewood Police Department at (310) 412-5246 or the 24-hour anonymous hotline at (888) 412-7463.
Related topics:
inglewoodlos angeles countyofficer involved shootingshooting
Copyright © 2021 KABC-TV. All Rights Reserved.
RELATED 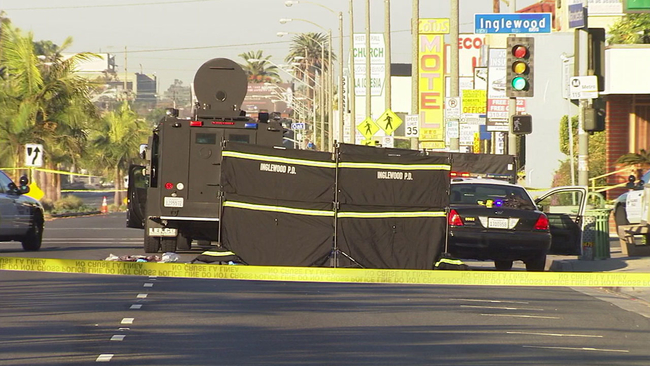