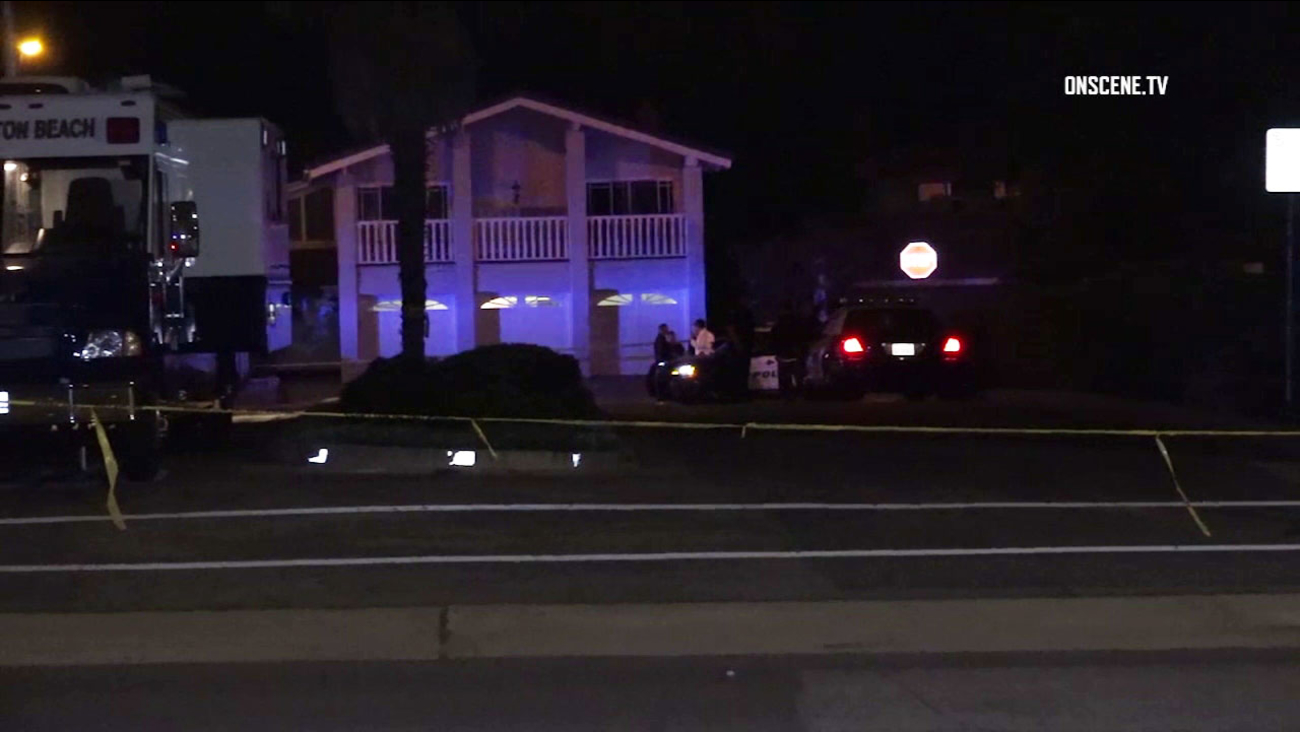 Authorities at the scene of an officer-involved shooting in Huntington Beach on Sunday, March 19, 2017.

HUNTINGTON BEACH, Calif. (KABC) -- An investigation was underway Monday in Huntington Beach after an officer-involved shooting left one suspect hospitalized.

Officers responded to reports of shots fired in the area of Beacon Hill Lane and Lawn Haven Drive just before 10:30 p.m. Sunday, according to Huntington Beach police.

Upon arrival, officers came into contact with a man and woman and at some point, an officer-involved shooting occurred. Further details into what led to the gunfire were not yet released.

The suspect was taken to the hospital with non-life threatening injuries. The woman was not hurt.

An officer was also injured in the incident. Police said he was treated at the hospital and released.