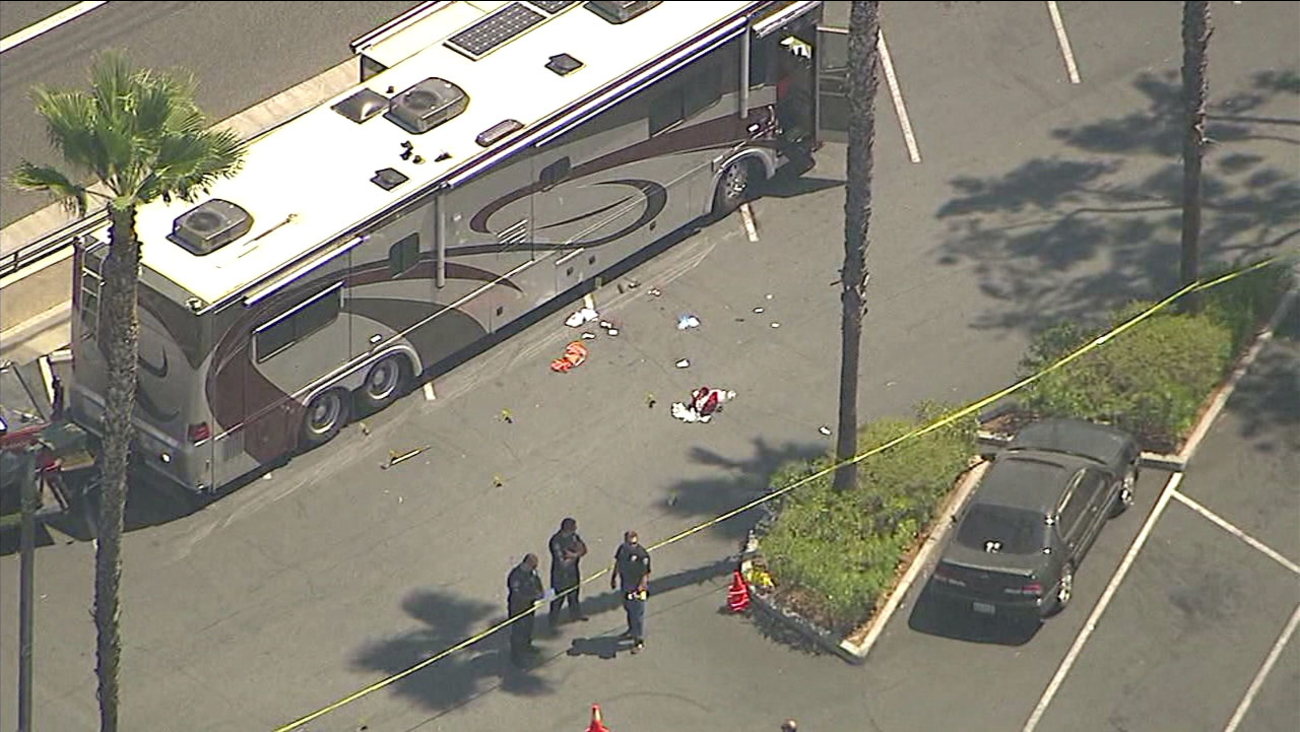 LA HABRA, Calif. (KABC) -- A suspect was injured after being shot by police at a shopping center in La Habra on Tuesday.

The shooting occurred at approximately 8:30 a.m. after police received a call from a man who was inside his motorhome. Authorities said the man identified himself as Dan Schuneman and that he became agitated and irritated over the phone with the dispatcher.

The dispatcher attempted to get the man's location so that authorities could conduct a welfare check, but the man refused and eventually hung up.

Authorities were then dispatched to the cell tower where the call originated from in an effort to find the motorhome. A short time later, officers found the vehicle in the parking lot of a shopping center in the 1200 block of West Imperial Highway.

Dispatch was asked to call the man to get him to exit the vehicle, but it went to voicemail. After several attempts, officers eventually made contact with the man, who came to the door and was armed with a long-handled axe.

Because the man was armed, authorities tried deploying a Taser and nonlethal rounds to discharge the firearm, but an officer-involved shooting occurred.

Authorities said only one round was shot, striking the suspect. He sustained non-life threatening injuries and was transported to an area hospital.