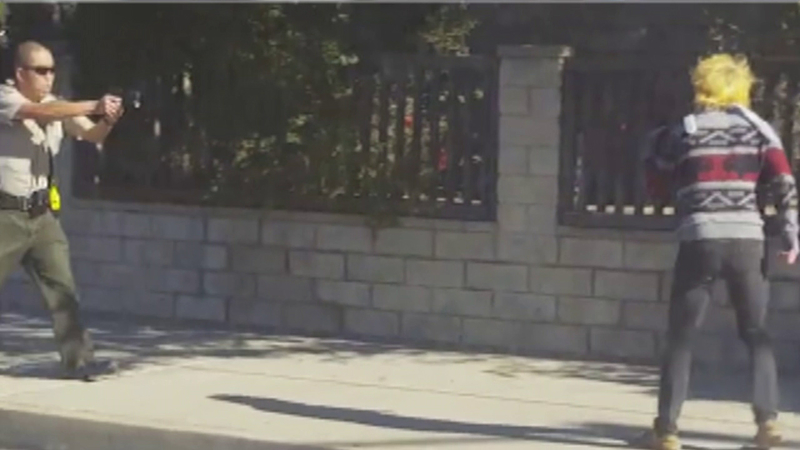 CAMARILLO, Calif. (KABC) -- A man suspected of charging at a Ventura County sheriff's deputy with a knife was killed Wednesday in a deputy-involved shooting in Camarillo.

Shortly before noon, a deputy responded to Carmen and Daily drives after a man called the sheriff's office claiming a crime was about to occur and that he wanted to kill himself.

"Upon further inquiry, the male subject told the dispatcher that he needed the police to his location because he wanted to kill himself," Deputy Miguel Gonzalez with the Ventura County Sheriff's Department said.

When the deputy arrived, he saw a 23-year-old man on the sidewalk who approached the deputy in the patrol car. The suspect pulled out a knife and threatened the deputy.

The suspect then charged at the deputy with the knife and a deputy-involved shooting occurred.

"As the deputy moved back, the male subject got too close and the deputy had to discharge the firearm several times at his body," Gonzalez said.

The man was taken to a local hospital where he was pronounced dead.

The deputy sustained minor injuries in the incident.

Officials said the suspect stole a cellphone from a 7-Eleven convenience store and he used that cellphone to call 911.

An employee at the 7-Eleven said he had seen the suspect in the area before.