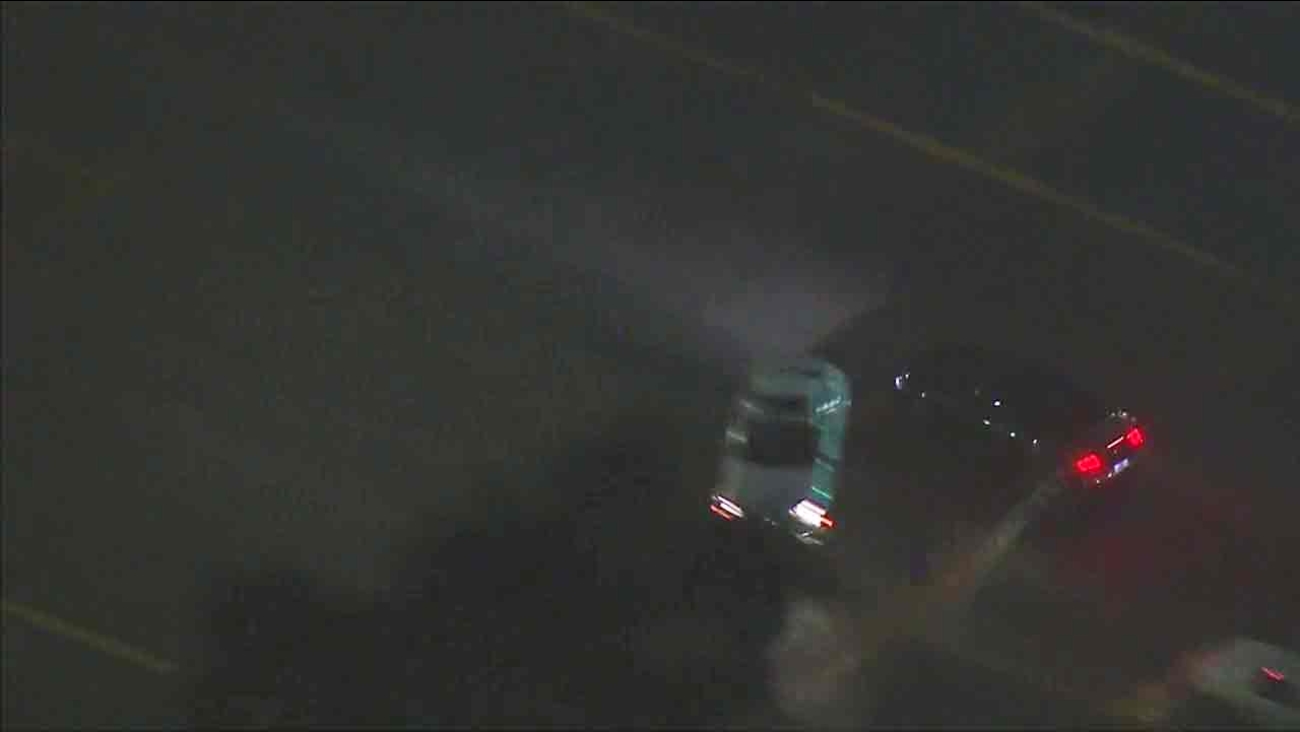 A Ford Mustang leading police on a chase near downtown Los Angeles on Monday, Sept. 12, 2016, is seen nearly clipping a car.

Los Angeles police responded to the 3600 block of Stocker Street, near Leimert Park, at about 8:35 p.m. after a report of a stolen car, authorities said.

At one point, the vehicle stopped and one person was seen getting out of the car. The Camaro then sped off again and nearly struck a pedestrian.

The male suspect continued driving erratically, at high speeds and weaving in and out of surface streets.

Many times, the driver drove onto the opposite side of the street. At one point, he was seen nearly clipping a car traveling directly at the Camaro.

Watch as suspect clips car during chase near DTLA pic.twitter.com/8DRaxmpRAX

By 9 p.m., the driver slowed down and foot-bailed. He was seen running in between surrounding buildings until officers caught up to the suspect.

Officers approached him with guns drawn, and the suspect slipped to the ground to surrender near Brynhurst and Victoria Avenues.