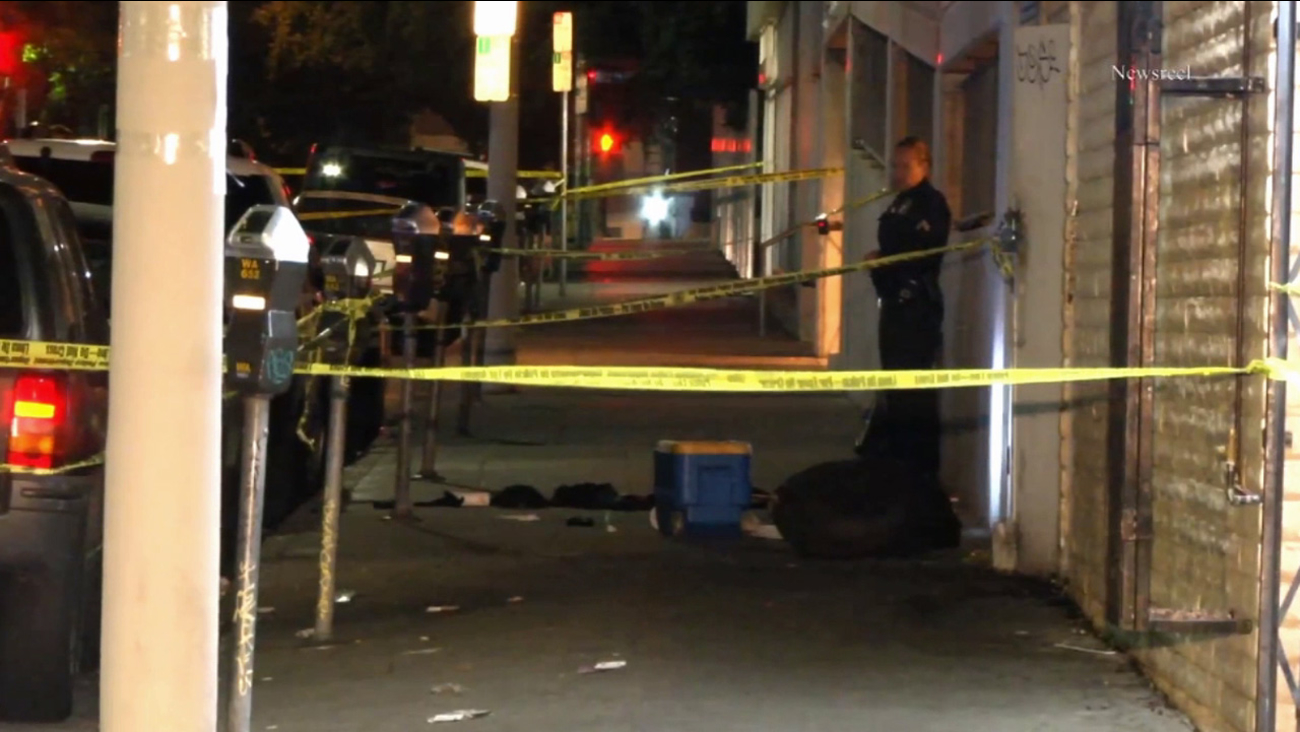 Crime scene tape ropes off the scene of an officer-involved shooting in the 600 block of Coronado Street in Los Angeles' Westlake District.

WESTLAKE DISTRICT, LOS ANGELES (KABC) -- A man who was shot and wounded by police in the Westlake District earlier this week did not point a gun at officers as originally stated, according to the Los Angeles Police Department.

Jason Bangle, 39, was shot by officers near the intersection of W. 6th Street and Coronado Street Tuesday night.

Officers were flagged down by two civilians who told them two men, Bangle and a second suspect, Craig Curry, had pointed a gun at them.

Officers tracked down the two suspects and tried to make contact. Bangle allegedly refused to surrender and crouched behind a vehicle with his hands in his waistband, police said.

He was shot as he advanced toward the officers, but investigators say initial reports that the suspect pointed a handgun at them were wrong.

"As the investigation progresses, it was determined that the suspect did not point a handgun at the officers as was initially reported," police said in a statement issued Saturday.

Bangle was struck in the abdomen area. He was listed in critical but stable condition, according to LAPD Sgt. Frank Preciado.

A handgun was recovered at the scene. No officers were injured, and Curry was also taken into custody.

The two officers involved in the incident were not wearing body cameras.