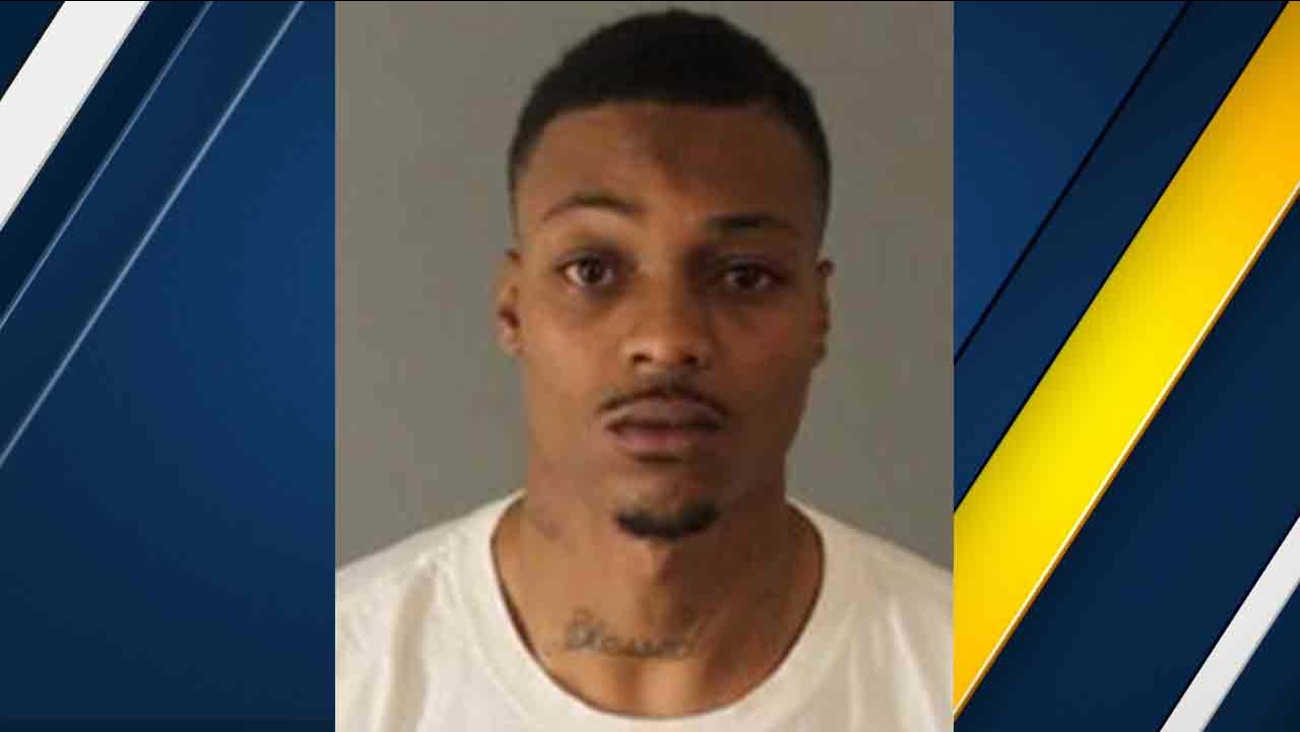 Jeffrey Hendrix, 30, in a mugshot from the San Bernardino Police Department on Sunday, Sept. 4, 2016.

SAN BERNARDINO, Calif. (KABC) -- A reckless-driving suspect was shot by San Bernardino police after fighting with officers and allegedly pulling a handgun on them, authorities said Sunday.

Police responded to a call of street racing and reckless driving in the area of California and Mesa streets around 6:15 p.m. When officers arrived, they noticed an open alcohol container in a vehicle and the suspect, 30-year-old Jeffrey Hendrix, tried running away.

An officer got into a physical fight with Hendrix and tried using a Taser device, authorities said. In the scuffle, police said Hendrix pulled out a handgun but officers fired before the suspect could.

Hendrix was arrested for attempted murder and hospitalized. Authorities said Sunday he was expected to recover.

The vehicle Hendrix was in sped away from the scene and had not been found, police said.

Records revealed Hendrix had an outstanding felony warrant from Riverside County for weapons charges, and that he is a known gang member with a violent criminal history, San Bernardino police said.