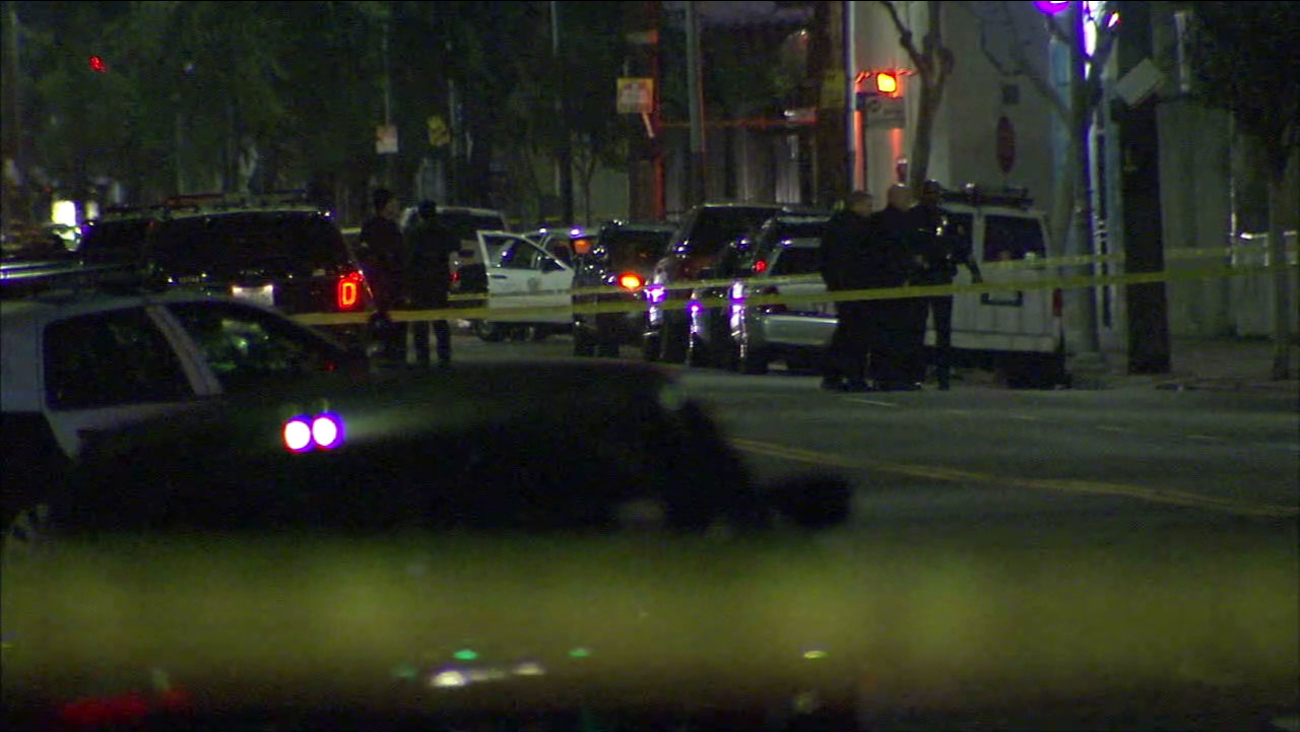 Los Angeles police at the scene of an officer-involved shooting in South L.A. on Sunday, Dec. 18, 2016.

Los Angeles Police Department Metropolitan Division officers shot a suspect near 60th Street and Western Avenue at about 8:30 p.m., according to authorities.

Police said the gunfire erupted after officers witnessed the suspect holding what was believed to be a weapon in his waistband. The suspect ran near an apartment building and the officer-involved shooting occurred, authorities said.

The suspect was transported to a nearby hospital, where he was pronounced dead. No officers were injured in the shooting.

Police said a weapon was recovered at the scene. No further information was released.