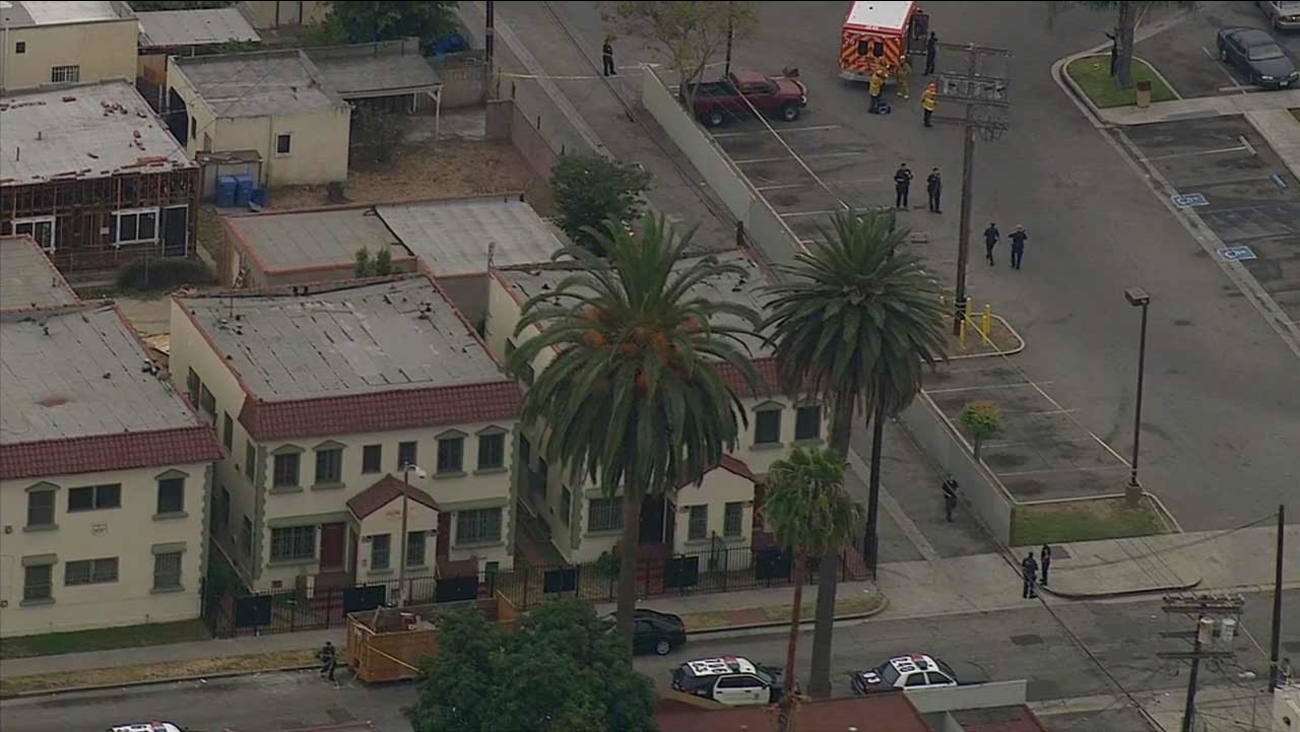 Los Angeles police respond to a triple shooting near Crenshaw and Adams boulevards in Jefferson Park on Friday, Aug. 21, 2015.

Police say one of the victims was shot at Crenshaw and Adams boulevards, and two others were found in a nearby alley.

The suspect was described as a black male wearing a baseball cap, orange shorts and a black shirt. He was last seen riding a bicycle near a doughnut shop at Crenshaw Boulevard and 30th Street.

The three victims were transported to local area hospitals in moderate condition.