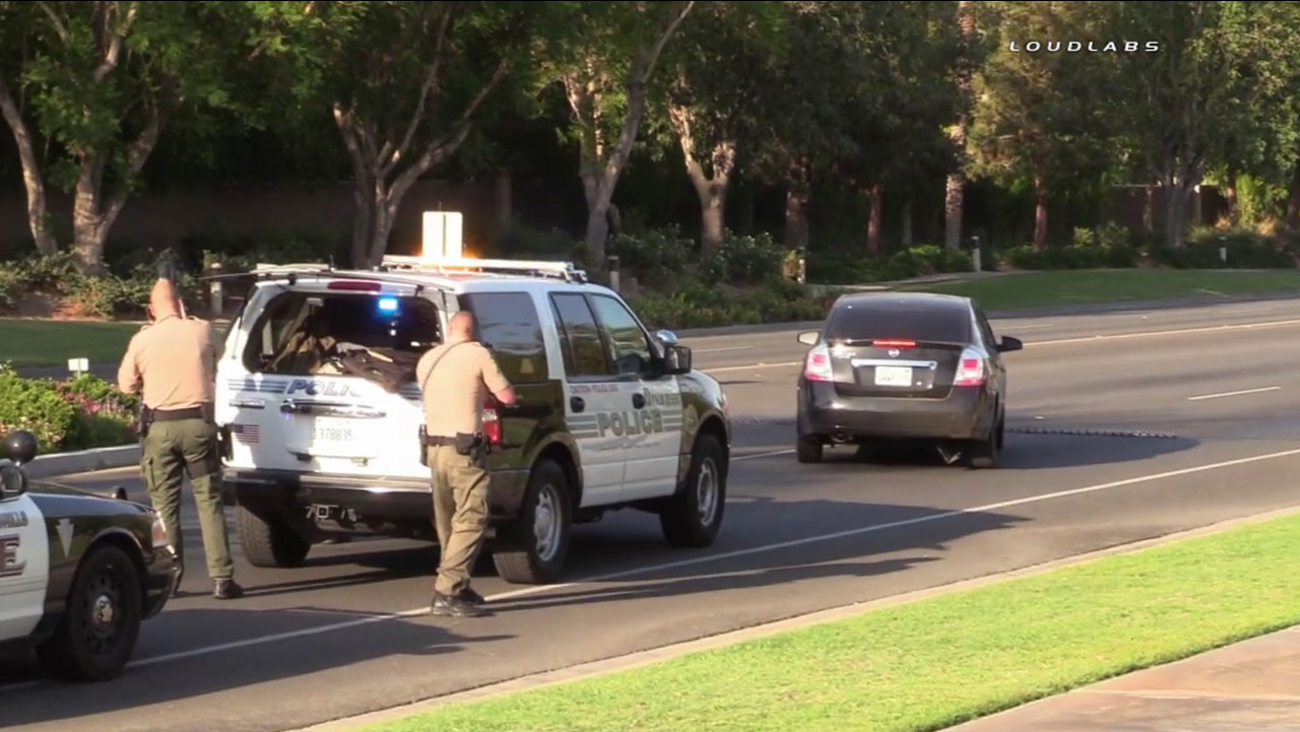 LA QUINTA, Calif. (KABC) -- A suspected carjacker was shot and killed in a deputy-involved shooting in La Quinta following a three-hour chase that started in Jurupa Valley Thursday night.

Authorities said a call came in around 4 p.m. from two female victims who said they were carjacked at the intersection of Mission Boulevard and Crestmore Road in Jurupa Valley.

Police learned the male suspect had stolen the car, located him and eventually engaged in a three-hour car chase that ended in La Quinta.

Around 7 p.m., a deputy-involved shooting occurred at the intersection of Jefferson Street and Avenue 52, police said. The suspect was pronounced dead at the scene. His identity has not been released pending notification of next of kin.

It was unclear what led to the shooting. The investigation was ongoing.