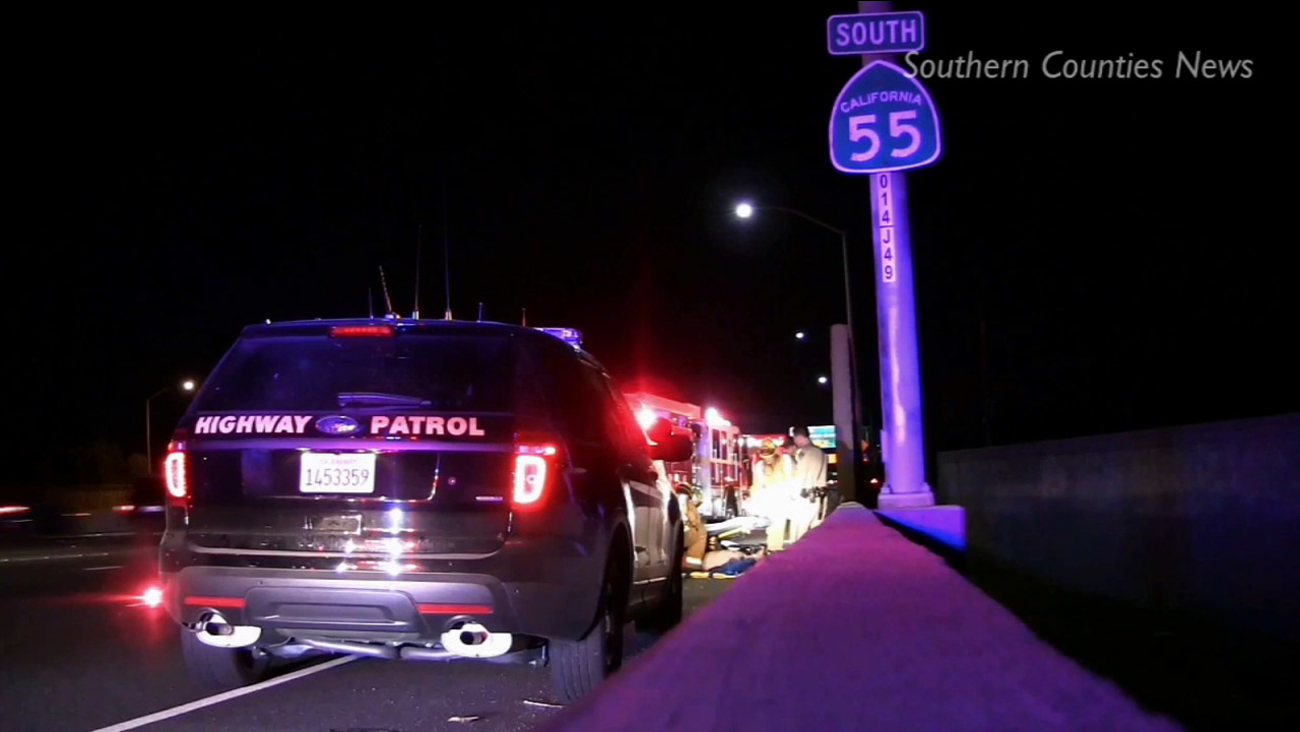 Paramedics evaluated the injuries a 21-year-old man suspected of vandalizing a freeway center divider after he was hit by a hit-and-run driver on Sunday, Nov. 22, 2015. (KABC)

While units were on the way, a gold 2005 Toyota traveling southbound in the area struck a pedestrian running west across the highway lanes. The driver of the car then fled the scene.

CHP officers arrived on the scene and found the suspected tagger had sustained injuries to his right leg and head. The other man he was with had dragged him off the freeway after the crash.