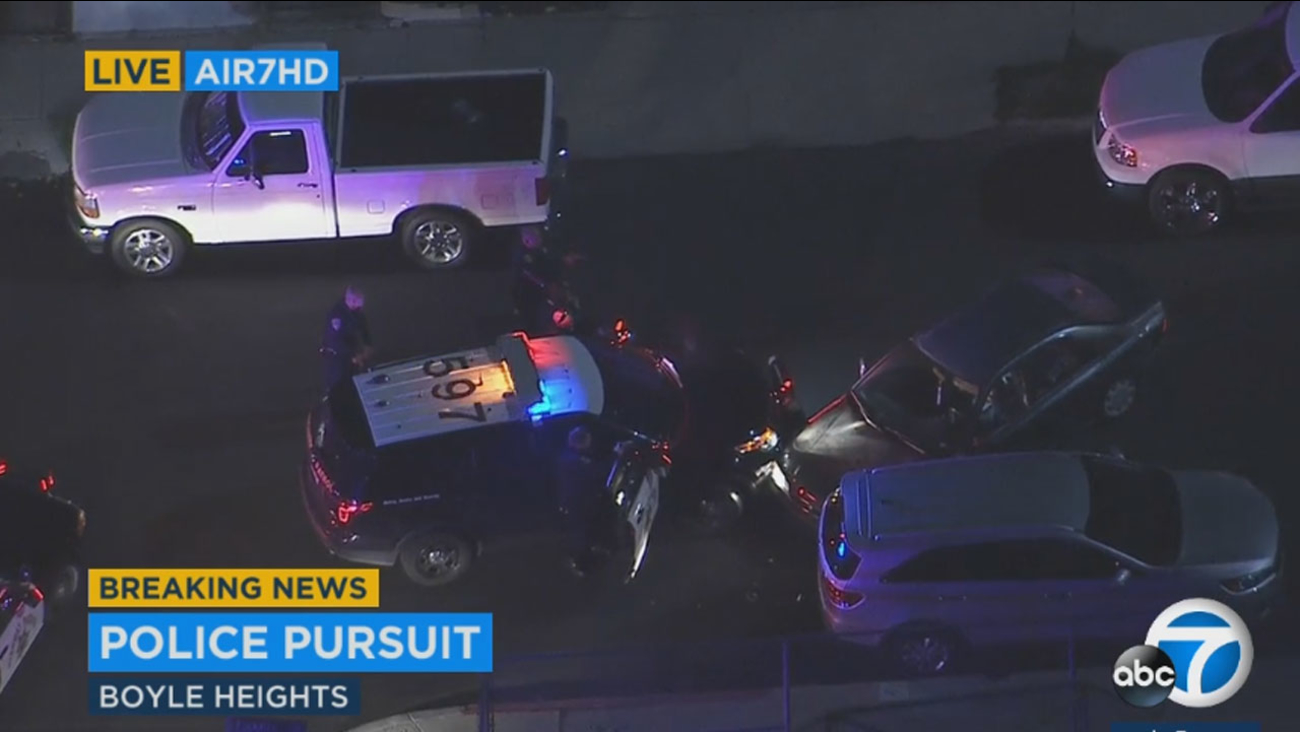 Police caught suspects in a Honda Accord in Boyle Heights after a chase from El Monte to the East LA area.

The chase began around 6:24 p.m. in the area of Lower Azusa Road and Cedar Avenue in El Monte, when police tried to pull over a Honda Accord that was listed as stolen.

The California Highway Patrol and Los Angeles Police Department joined El Monte as the chase went over the 605 and 10 freeways, as well as surface streets, and the driver weaved in and out of traffic.

CHP officers tried several times to make a PIT maneuver to force the vehicle off the road, but they were unsuccessful.

Eventually, the chase came to an end on surface streets in Boyle Heights, as a CHP SUV successfully made a PIT maneuver, spinning the vehicle around and pinning it against a parked car as officers surrounded them with weapons drawn and a K-9 unit. The three teen occupants were taken into custody without further resistance.