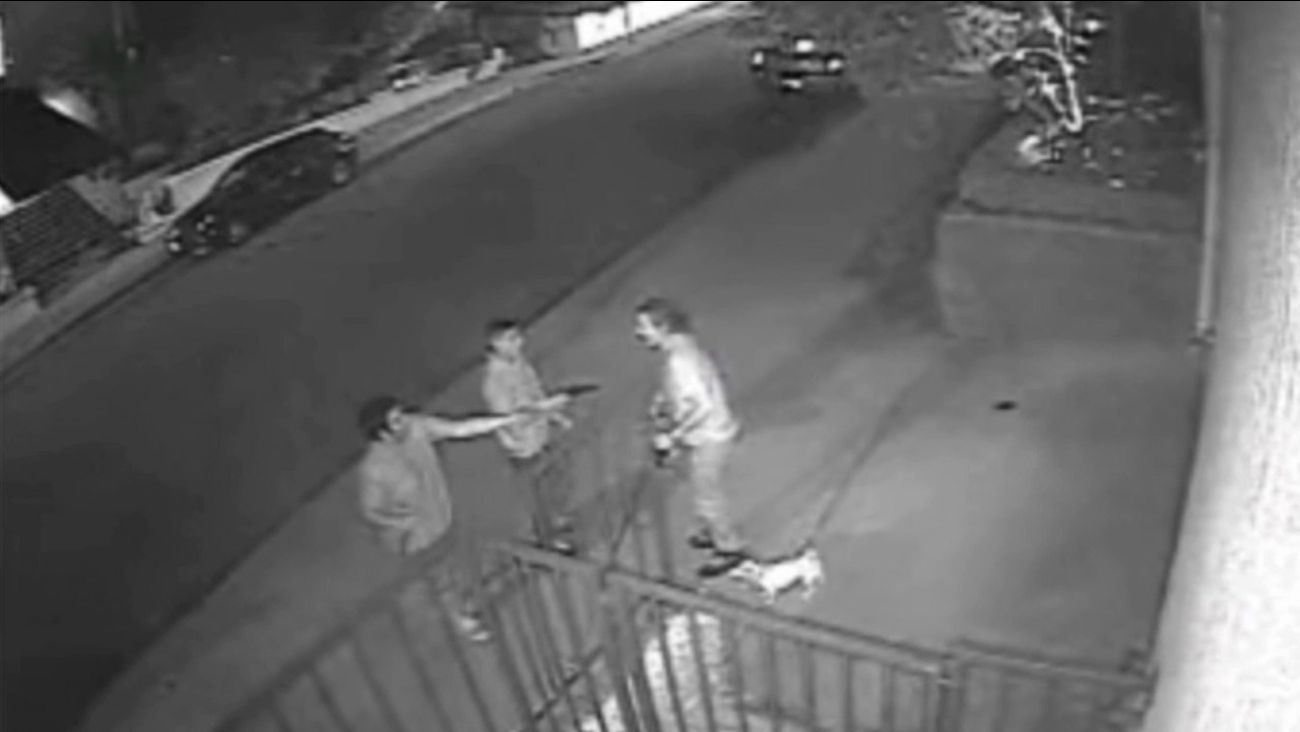 Surveillance video shows two suspects pointing a knife and a gun at a man walking his dogs in West Hollywood during a robbery. (KABC)

WEST HOLLYWOOD, LOS ANGELES (KABC) -- A man walking his dogs was robbed by two men holding a gun and a knife on a West Hollywood street - and it was all captured on surveillance video.

The video shows a man walking his two dogs when suddenly two men appear, pointing a gun and a knife at the victim. The men make off with the victim's cellphone and house keys before fleeing the scene.

Beverly Hills police spotted three men who matched the description of the suspects, two juveniles and a 21-year-old man, along with their getaway car on Friday. They were taken into police custody in connection with the robbery.