Suspects in custody after shooting, chase that shut down 15 Fwy in Baker 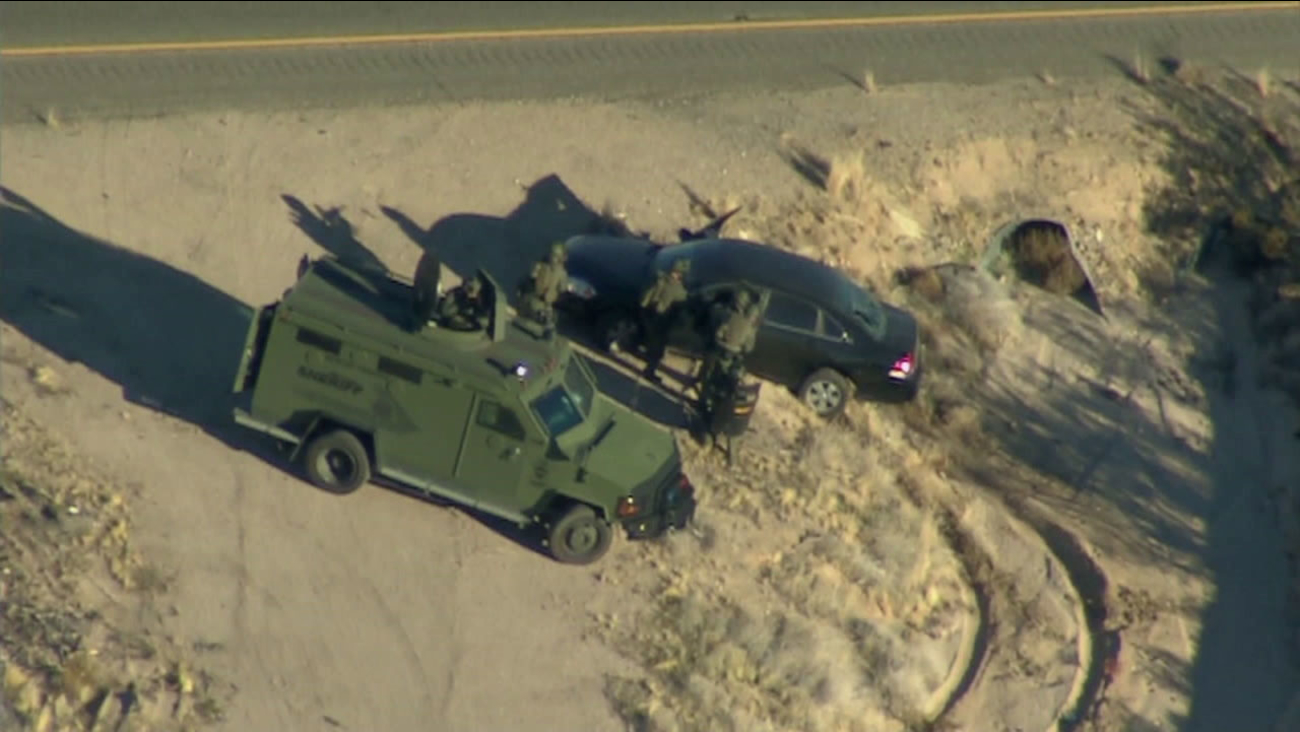 Authorities surround a suspect car involved in a chase that shut down the 15 Freeway in Baker Friday, Jan. 6, 2017.

The freeway was shut down for nearly 10 hours as police searched for a suspect who led them on a dangerous chase.

It all began when the California Highway Patrol tried to pull over a speeding car and that's when the driver led police on a pursuit.

As he tried to get away, the suspect opened fire on officers, police said.

Eventually, the suspect crashed his car into a center median and took off running into the desert.

The CHP shut down the interstate in both directions during the search, causing a major traffic backup between Baker and the Nevada state line.