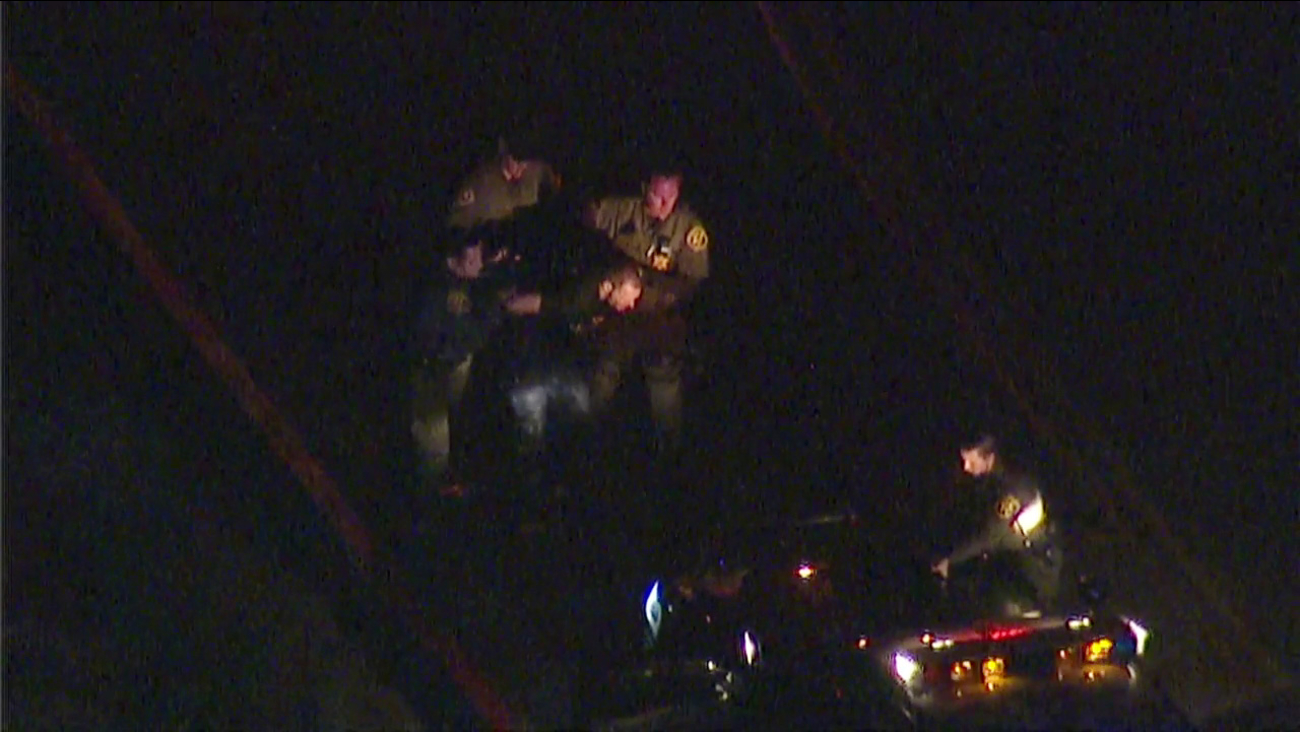 A man was arrested near Doheny State Beach in the 25000 block of Dana Point Harbor Drive in Dana Point on Tuesday, Dec. 8, 2015.

The Orange County Sheriff's Department said the shooting happened near Doheny State Beach in the 25000 block of Dana Point Harbor Drive at about 9:25 p.m.

Park rangers approached the suspects to see if they had a camping permit. The car took off, crashed into a fire pit and overturned.

One of the two suspects shot at them during the chase. No park rangers were hit.

The male suspect appeared to jump in the ocean in an attempt to get away, but later returned to the shore where he was arrested by deputies.

Officials said a female suspect was apprehended at the crash scene. The suspects were hospitalized for injuries sustained in the crash.

The sheriff's department assisted park rangers in the search.