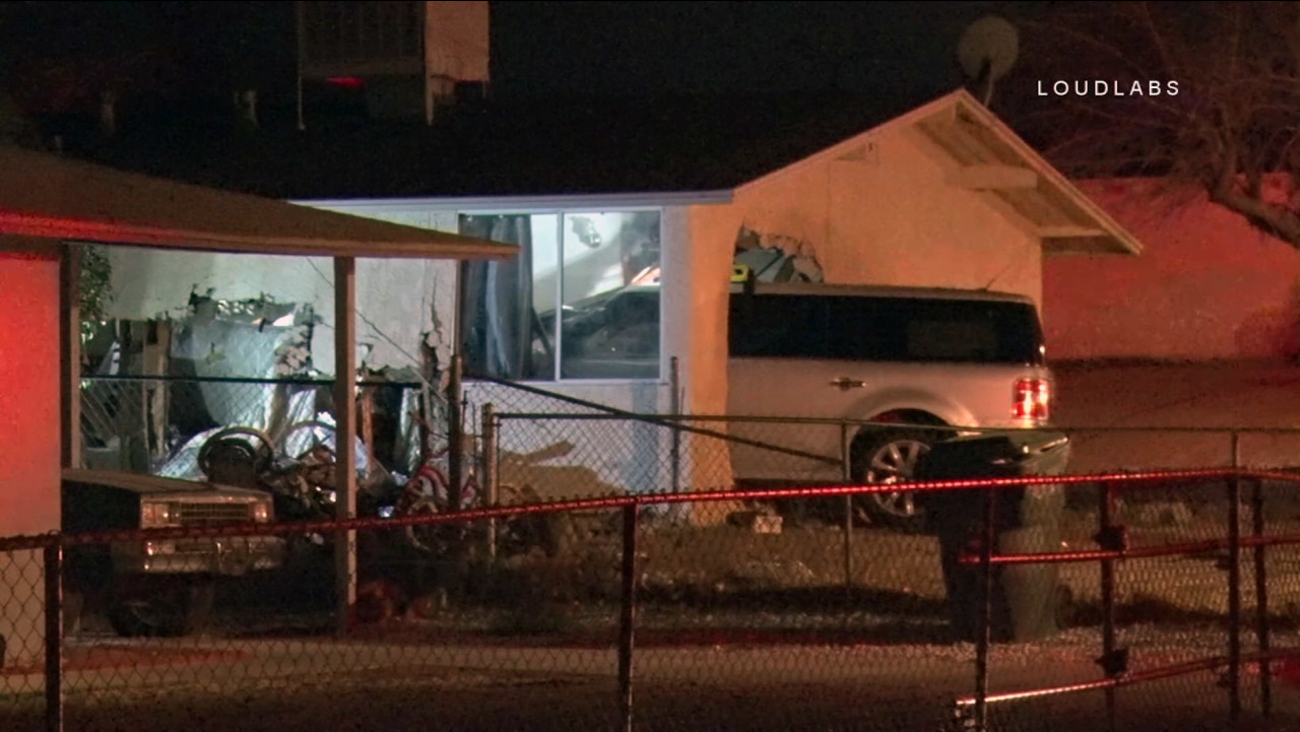 VICTORVILLE, Calif. (KABC) -- It was a terrifying moment for a man in Victorville after an SUV crashed into a home, trapping him inside a bedroom Sunday evening.

Authorities said the SUV crashed into the house located in the 1600 block of Yucca Avenue at about 11:15 p.m.

"I just heard like a boom, that's it," witness Junior Gonzalez described. "And then I just saw a car halfway in the wall and then that was it."

A man became trapped in a bedroom and the crash also cut a gas line, which complicated efforts to rescue him.

Nearby homes were evacuated due to the gas line break.

Firefighter were eventually able to get the man out of the bedroom and the gas line was fixed.

The victim was injured and taken to the hospital. Officials did not release the extent of the man's injuries.

The driver of the SUV was not injured in the crash. Police were interviewing the driver to determine what caused the crash.
Related topics:
victorvillesan bernardino countygas leakrescuecrash
Copyright © 2021 KABC-TV. All Rights Reserved.
More Videos
From CNN Newsource affiliates
TOP STORIES