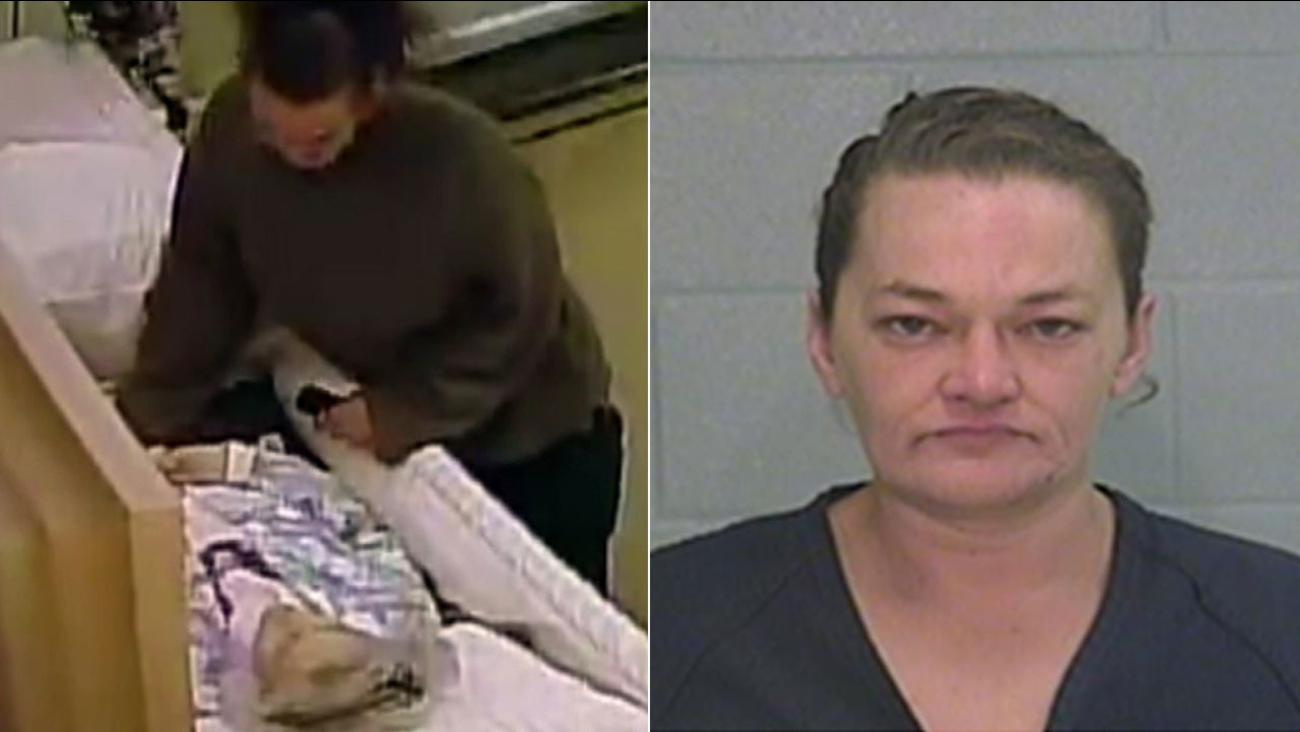 Kalynn Homfeld, 41, is seen in a booking photo released by police in Odessa, Texas. (KABC)

ODESSA, Texas (KABC) -- Police have arrested a woman who was caught on surveillance video stealing a wedding ring from a corpse in a coffin at a Texas funeral home.

Odessa police arrested 41-year-old Kalynn Homfeld Tuesday on a charge of theft from a human corpse, a state jail felony.

Police on Monday released security video of a woman seen entering a viewing room at Sunset Memorial Gardens & Funeral Home, reaching into an open casket and fumbling to remove something from the female corpse.

Authorities said after the theft, which occurred April 9, Homfeld fled the scene in a vehicle.

Investigators did not immediately say what led them to Homfeld or whether the ring was recovered.

Detectives said the ring was made of plastic and only worth around $10.