Residents treat NYPD to coffee, pizza as thanks after Chelsea explosions 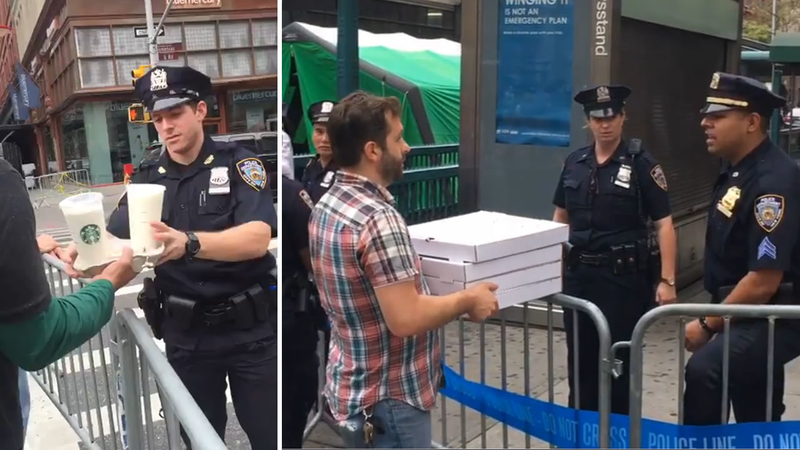 NEW YORK (KABC) -- Thankful residents are expressing gratitude toward police officers in New York in the wake of this weekend's explosions in Chelsea.

A video posted to Instagram shows New Yorkers approaching the NYPD officers, who were guarding the scene, with boxes of pizza.

Another video, posted to Facebook by KnightNews.com, shows a man handing out coffee and pastries to officers working the scene. An officer tells the man "thank you" as he hands the treats over the barricade. The video has since gone viral.

A pipe bomb blew up Saturday morning in Seaside Park, New Jersey, before a charity race to benefit Marines. No one was injured.

Late Sunday night, five explosive devices were discovered in a trash can at an Elizabeth train station.

Ahmad Khan Rahami, who was named a person of interest in the explosions, was taken into custody after a shootout with police Monday. He was then charged in New Jersey with five counts of attempted murder of police officers in connection with the shootout and was held on $5.2 million bail.

Investigators said they are still gathering evidence and have not publicly tied Rahami to those devices.