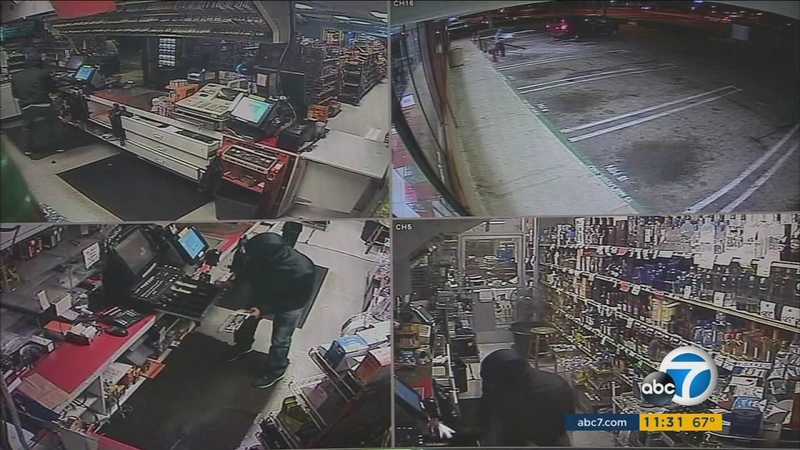 The video shows three suspects in a '90s model red Chevy Astro van pulling up to the doors of Hanshaw Liquor in Garden Grove around 4:40 a.m. Monday. They tie one a rope around its doors and attach the other end to the van. The driver hits the gas and the store's doors come flying off their hinges into the parking lot.

Two suspects go inside, and grab two crates full of California Lottery scratchers, as well as an $80 bottle of whiskey, before running out in under 90 seconds.

The store owner said the suspect behind the counter left his fingerprints.

At least two winning scratchers have already been claimed at convenience stores in Compton and Lynwood, according to Garden Grove police.