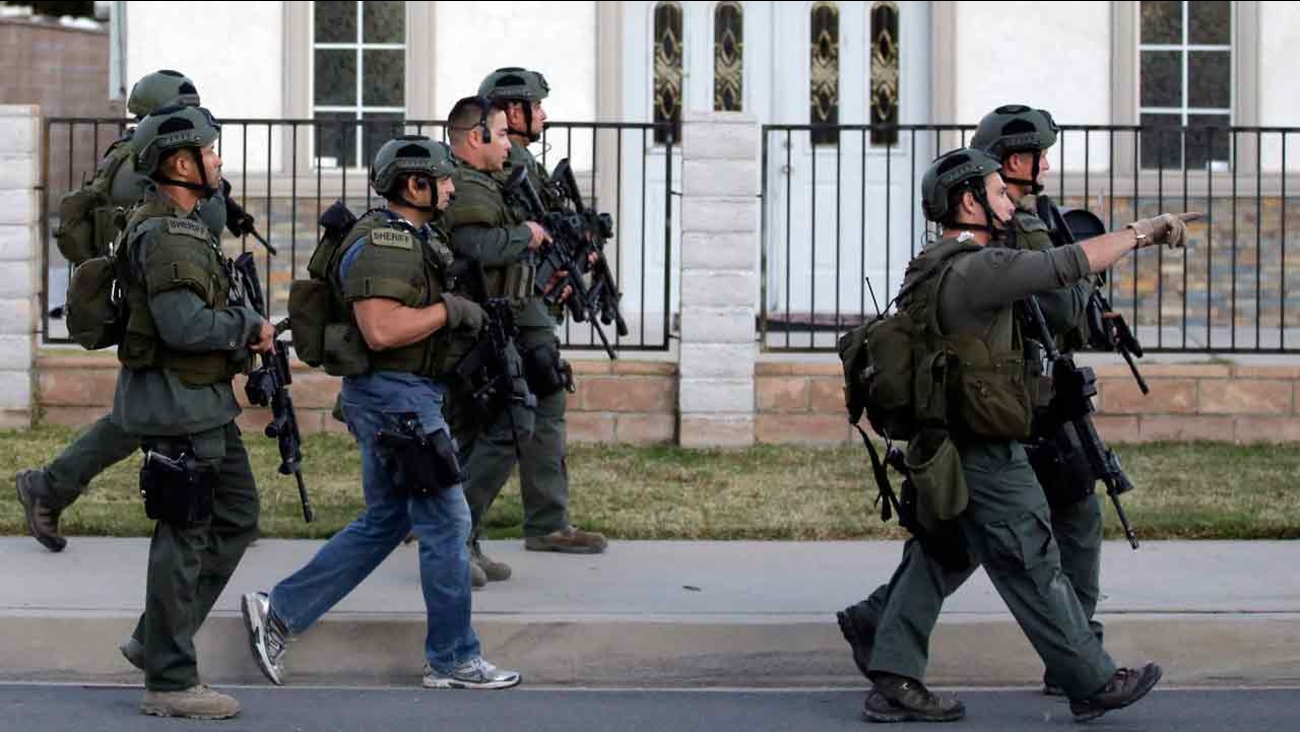 A timeline of a shooting rampage at Inland Regional Center in San Bernardino on Wednesday, Dec. 2, 2015.

12 p.m.: Dozens of people seen filing out of the regional center.

1:55 p.m.: Officials announce during press conference that 14 people were killed, and that the suspects were at large. Courts, schools and other facilities placed on lockdown.

5:30 p.m.: Officers search a home in Redlands in 50 block of N. Center Street, believed to be connected to the shooting rampage.

10:05 p.m.: San Bernardino police confirmed two suspects were Syed Rizwan Farook, 28, and 27-year-old Tashfeen Malik. The pair may have been married or engaged.