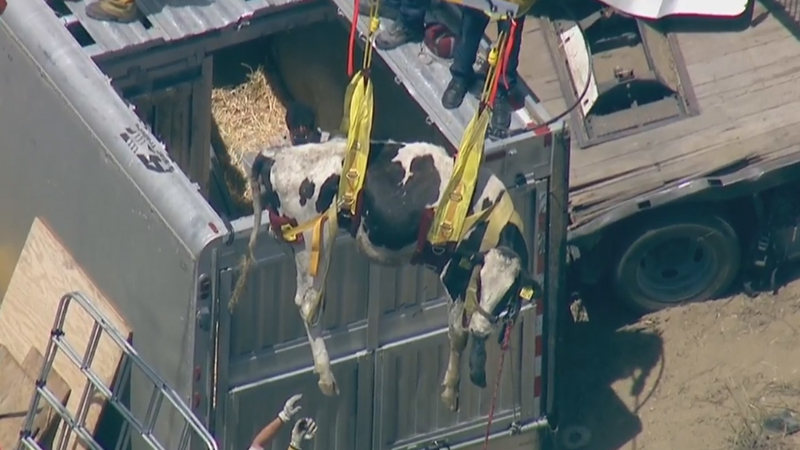 SYLMAR, LOS ANGELES (KABC) -- Three sheep, two cows and a dog were rescued from an overturned trailer on the westbound 210 Freeway in Sylmar Wednesday. The driver of the pickup truck hauling the 30-foot trailer was seriously injured.

Los Angeles Fire Department spokesman Brian Humphrey says three sheep and a dog were rescued and appeared uninjured. Two cows were pinned down and could not get up. Firefighters cut a hole in the overturned trailer and hoisted them out with a large hydraulic boom before loading them into another vehicle for transport.

One cow had a severely broken leg and had to be euthanized, while the other cow, which was pregnant, was expected to be okay, said Jay Weiner, co-founder of the Gentle Barn Foundation, a non-profit animal rescue service that assisted.

The male driver was taken to a hospital in serious condition.

The cause of the crash remains under investigation, but the truck had a flat tire, CHP Officer Gordon Verrone said. 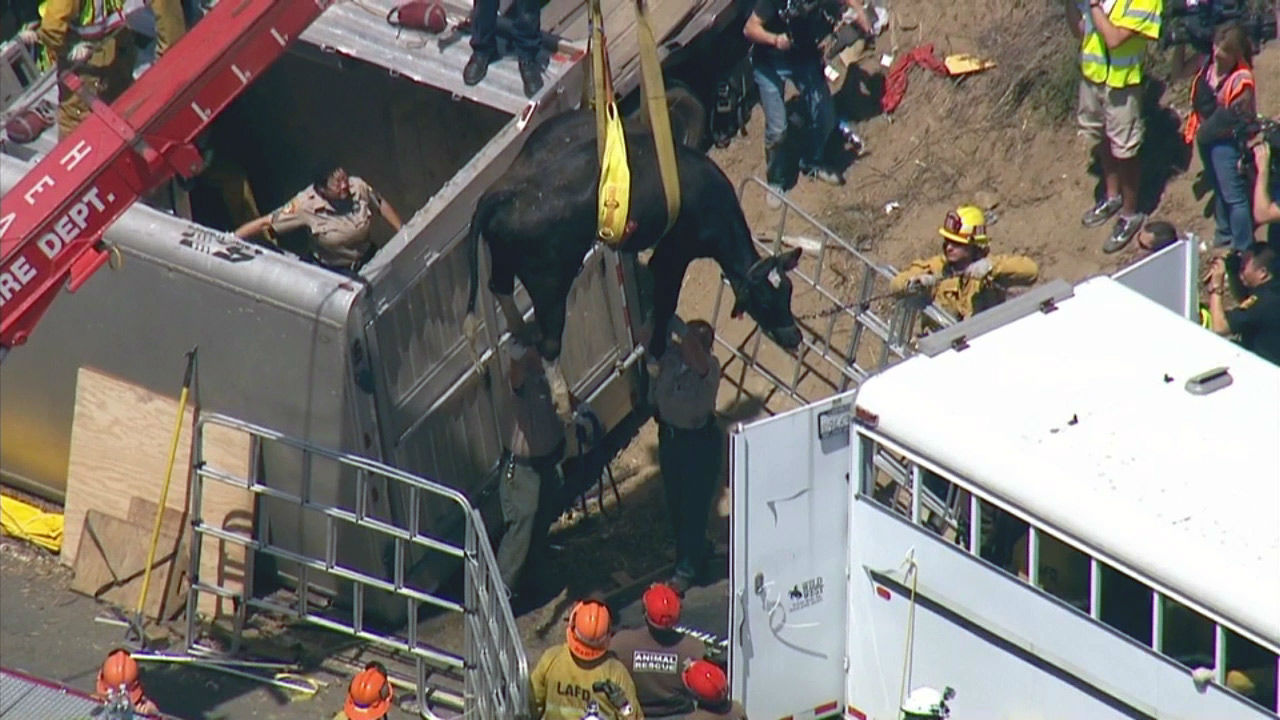 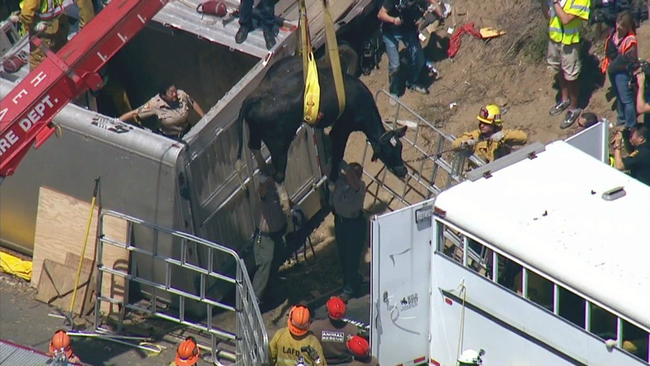