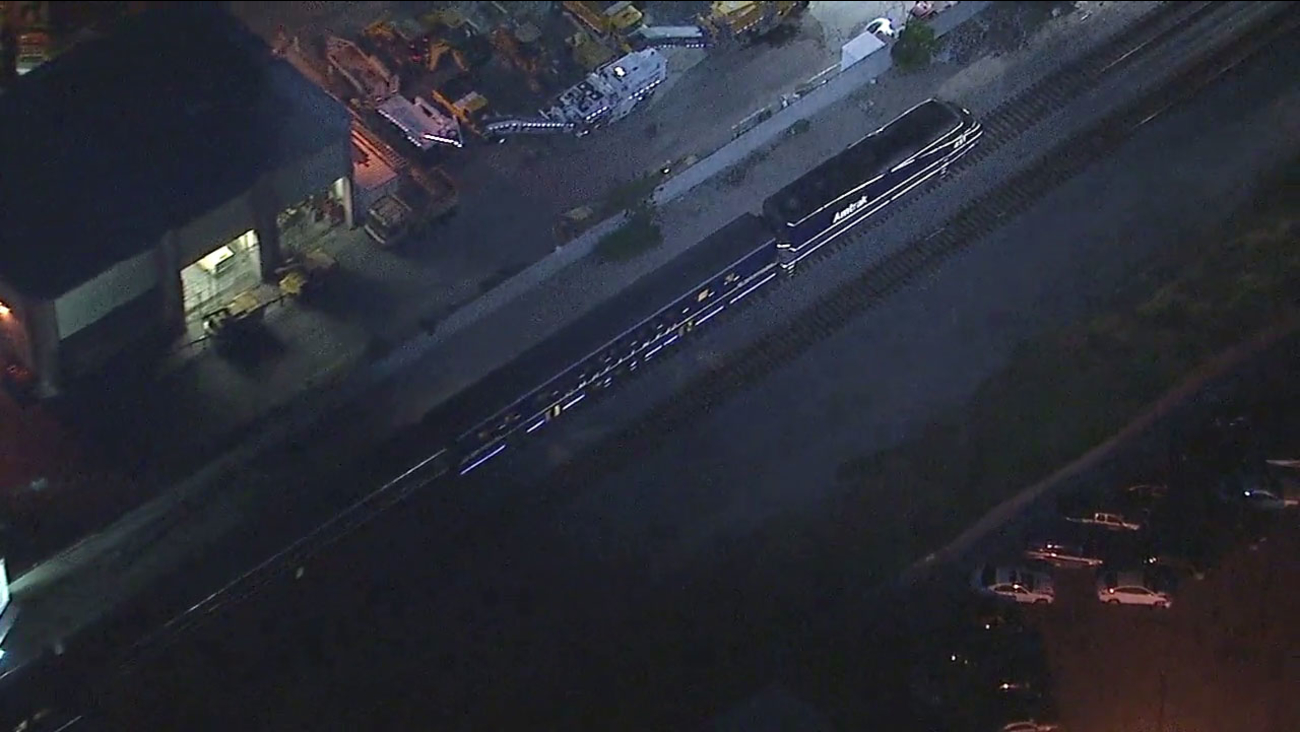 A pedestrian was struck and killed by a train in North Hollywood Wednesday, March 29, 2017.

NORTH HOLLYWOOD, LOS ANGELES (KABC) -- A man who was vandalizing railroad property was killed when he was struck by an Amtrak train in North Hollywood Wednesday night, officials said.

The man was trespassing and tagging the railroad property before he was struck by the train around 9:20 p.m., according to the Los Angeles Police Department.

The incident happened near Sherman Way and Laurel Canyon Boulevard.

Train service was shut down for several hours, but resumed by Thursday morning.