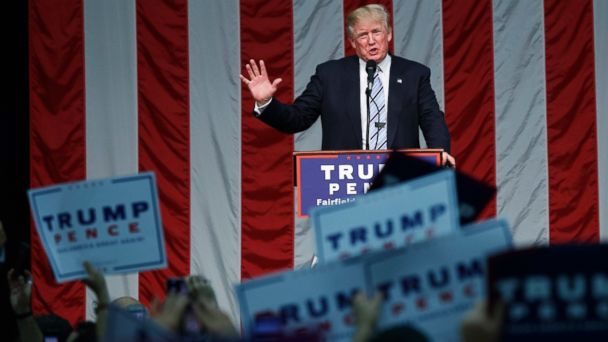 "We should only admit into this country those who share our values and respect our people," Trump said at a campaign rally in Youngstown, Ohio, adding, "The time is overdue to develop a new screening test for the threats we face today."

Trump's policy proposal today is an expansion on his call for a "total and complete shutdown" of Muslims entering the United States back in December.

Last week, Trump labeled President Obama and his Democratic rival Hillary Clinton as "the founders of ISIS," which he later called "sarcasm" after initially insisting he meant it literally.

Today, Trump argued, "The rise of ISIS is the direct result of policy decisions made by President Obama and Secretary of State Clinton."