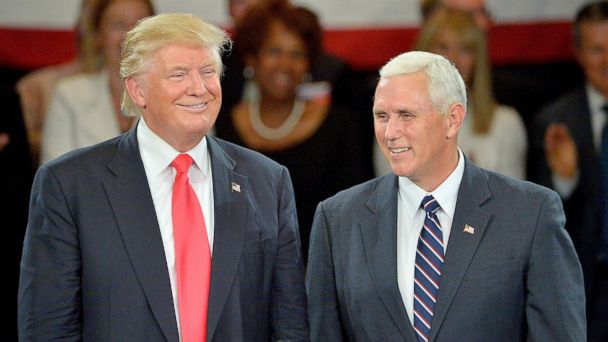 Donald Trump indicated there could be a "softening" of his controversial immigration policies during a Fox News town hall moderated by Sean Hannity that taped earlier tonight.

When asked by Hannity if there was "any part of the law" he would change to accommodate law-abiding immigrants who have kids in the U.S., Trump replied: "There certainly can be a softening because we're not looking to hurt people," Trump said in his response. "We want people -- we have some great people in this country."

"I think those are issues that will continue to be worked out in the days ahead," Pence said when asked what "tough and fair" means when it comes to deportations.

When asked about a "deportation force," Pence said, "the details and how we do that, we'll work that out with Congress." Trump would "do it in a humane way," Pence said.

"We're going to enforce the laws that are on the books today, Major. And the mechanism for how we do that -- he's also been very clear that we'll do it in a humane way," he said.

The comments come amid reports over the weekend that during a roundtable meeting with Hispanic leaders, Trump expressed an openness to changing his hard-line stance on immigration.

In an interview with "Fox & Friends" on Monday, Trump insisted he wasn't "flip-flopping."