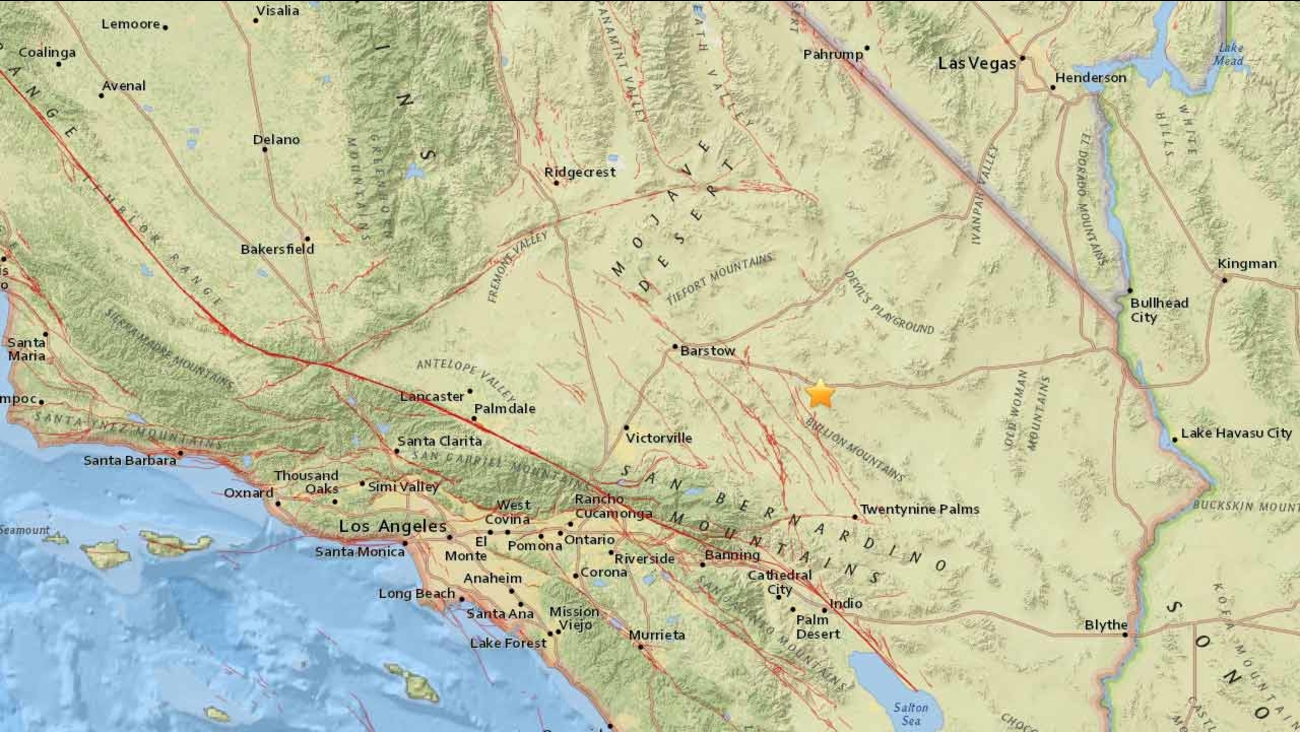 Two earthquakes struck within 10 minutes of each other near Ludlow on Monday, according to the U.S. Geological Survey.

LUDLOW, Calif. (KABC) -- Two earthquakes struck near Ludlow on Monday, according to the U.S. Geological Survey.

The first quake, with a magnitude of 3.5, hit 5 miles west, southwest of Ludlow in San Bernardino County at 7:06 p.m. and had a depth of 1.3 miles. USGS initially registered the earthquake as magnitude-3.3, but downgraded it about an hour later.

A 4.1-magnitude temblor followed just 10 minutes later in the same epicenter. It was initially registered as a 3.9.