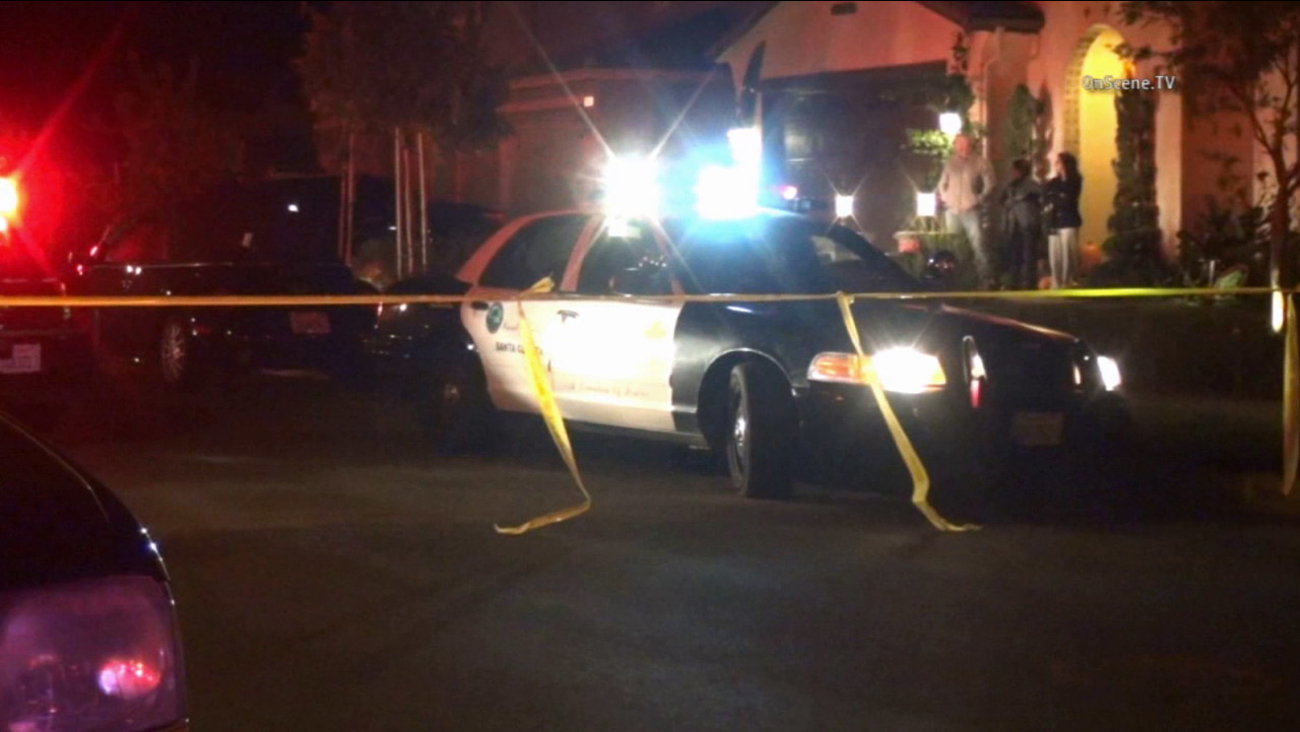 Los Angeles County sheriff's deputies responded to a shooting in a home in Valencia on Sunday, Nov. 15, 2015. (KABC)

VALENCIA, Calif. (KABC) -- An investigation was underway after authorities say a father and son were shot to death following some sort of domestic dispute in their Valencia home.

Deputies responded to a report of shots fired in the 28700 block of Iron Village Drive around 8:11 p.m. Sunday.

Both were transported to Henry Mayo Newhall Memorial Hospital, where they were pronounced dead.

It was unclear what led up to the shooting, but detectives learned there was a dispute between the two men prior to the gunshots. Both men were residents of the home.

A handgun was recovered at the scene.