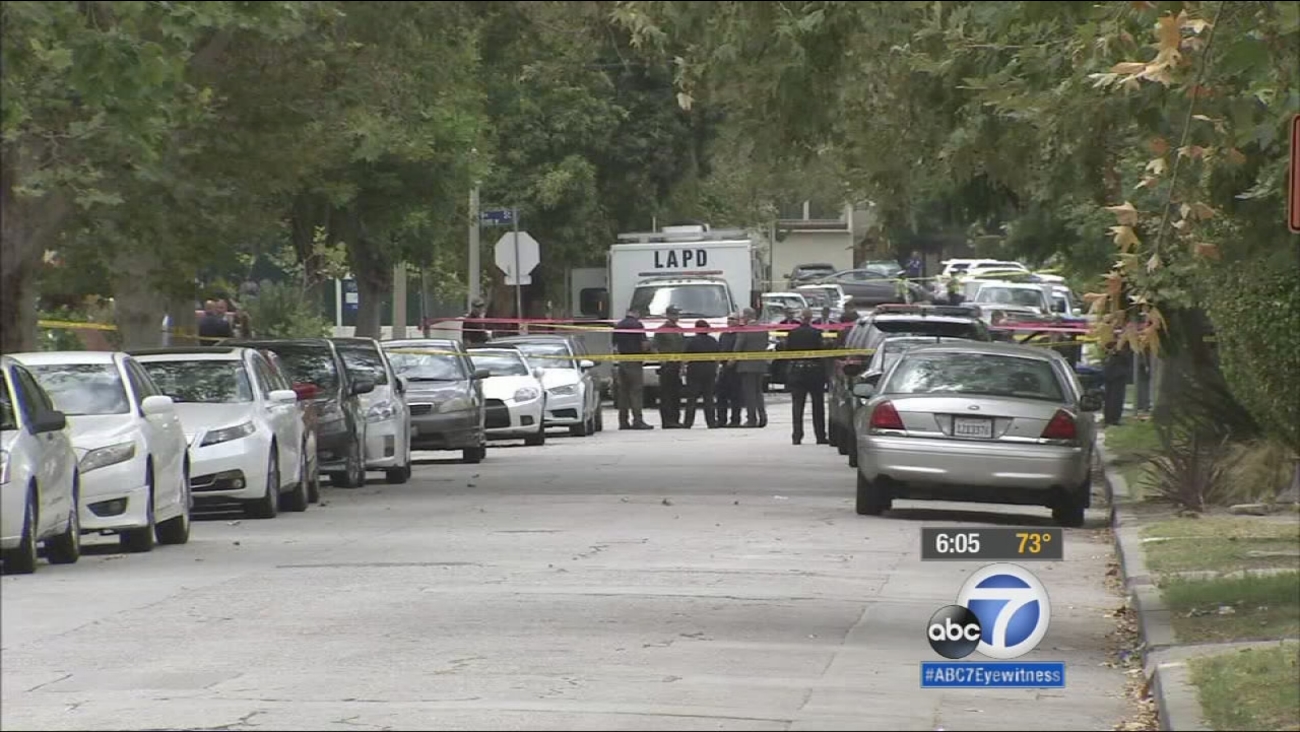 Paramedics respond to transport a suspect who was shot by police in the 800 block of Sycamore Avenue in Los Angeles on Thursday, July 9, 2015.

LOS ANGELES (KABC) -- A vandalism suspect who was shot by police in the Mid-Wilshire neighborhood of Los Angeles has died.

The suspect was identified only as a 38-year-old man.

Two LAPD officers responded to a report of a man breaking storefront windows with a skateboard near the area of 8th Street and La Brea Avenue at about 8:40 a.m. Thursday. Upon their arrival, the suspect fled the scene on a skateboard.

The officers caught up with the suspect in the 800 block of Sycamore Avenue after the suspect jumped off or fell off his skateboard. They attempted to subdue the suspect, but police say he refused to comply with their verbal commands.

One of the two officers deployed a Taser and pressed it against the man's body, but it didn't appear to have any effect on him. The suspect then allegedly grabbed an officer's Taser and injured one of the officers in the leg. The officer alerted his partner, who then shot the suspect.

The suspect was taken to Cedars-Sinai Medical Center, where he was declared dead at 5:50 p.m.

Both officers were injured during the altercation. One officer suffered a burn mark on his leg, which was consistent with the close contact use of a Taser, police said, and the other suffered minor injuries.