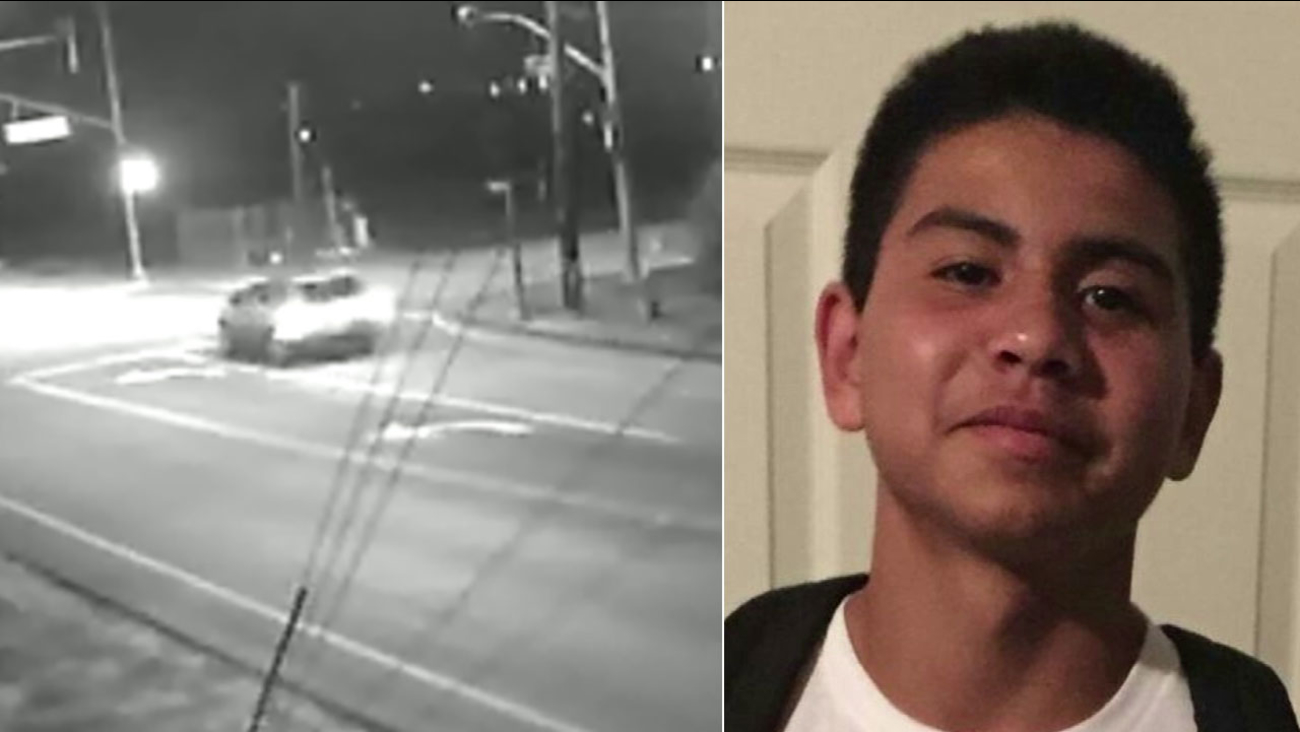 Ventura police released a photo of a vehicle of interest (left) in connection to the death of 14-year-old Jonathan Hernandez (right) on Friday, Feb. 19, 2016.

KABC
By ABC7.com staff
VENTURA, Calif. (KABC) -- Ventura police have released a photo of a vehicle of interest in connection to a hit-and-run crash that left a 14-year-old boy dead last month.

Jonathan Hernandez was killed while riding his bicycle near the intersection of Telegraph Road and N. Saticoy Avenue shortly after 12 a.m. on Feb. 19.

Investigators say a light-colored flatbed tow truck hit him and fled the scene. Hernandez, who played football at Buena High School, was then hit by a second vehicle who also kept going. Both drivers have not been caught.

Surveillance video captured a silver or light-colored SUV of an unknown make in the area shortly after the collision.

"We are seeking the identity of the occupants of this vehicle for the purpose of interviewing them as potential witnesses for this investigation," Ventura police said in a press release.

A GoFundMe page has been set up for the Hernandez family. You can donate here: www.gofundme.com/9tpwkmdq.

Anyone with information on this incident was urged to call the Ventura Police Department's Traffic Unit at (805) 339-4323.
Related topics:
venturaventura countyhit and runsearchcollision
Copyright © 2020 KABC-TV. All Rights Reserved.
RELATED 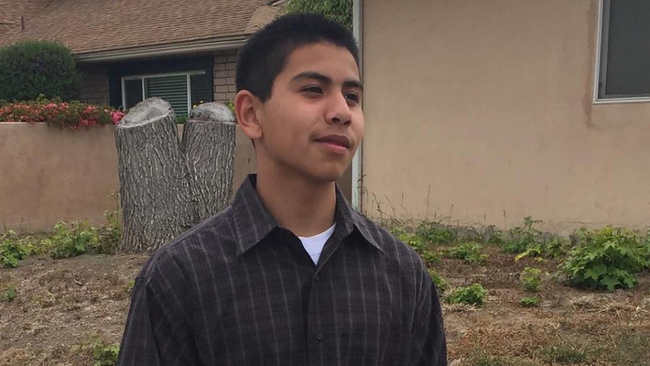 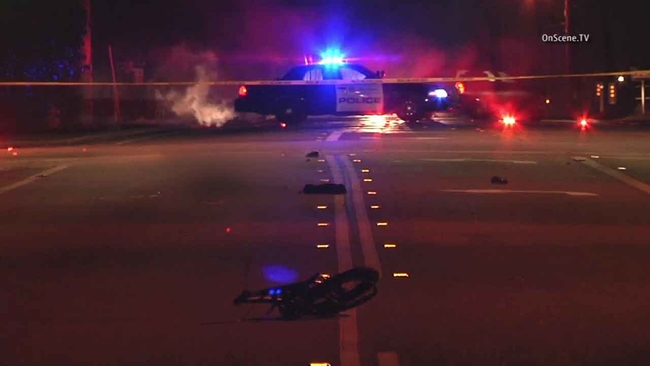