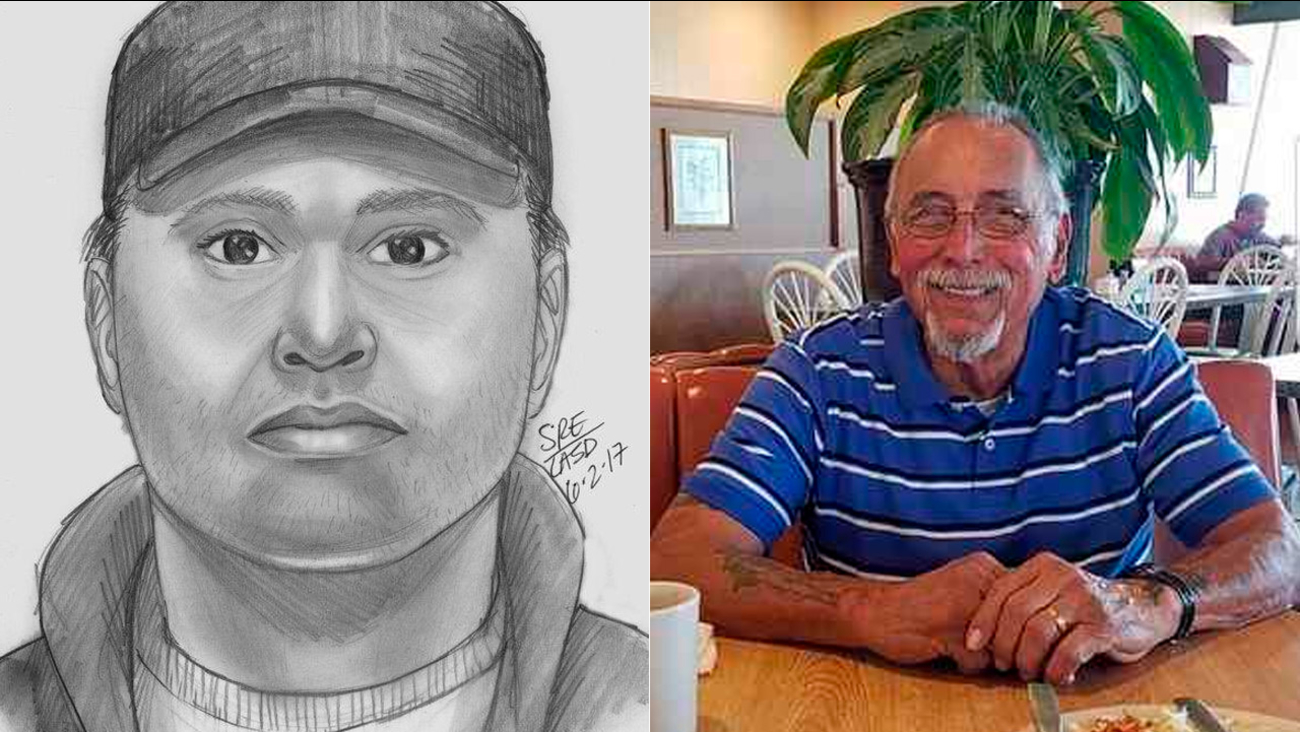 Authorities released a composite sketch of the suspect in the beating of a Korean War veteran that occurred Wednesday, May 31, 2017, in Carson. (Los Angeles County Sheriff's Department/Daily Breeze)

CARSON, Calif. (KABC) -- A search continued Saturday for a man who robbed and brutally assaulted an 86-year-old military veteran in Carson, authorities said.

The incident took place about 5:30 p.m. Wednesday near the intersection of 220th and Dolores streets, where the victim was walking alone in his own neighborhood, according to the Los Angeles County Sheriff's Department.

The elderly man, later identified as Frank Hernandez, was punched in the face and robbed of his wallet by a man in his 20s, investigators said.

The victim's son said Hernandez at the time was carrying about $60 to purchase lottery tickets. The injured man remained hospitalized Saturday morning.

Authorities released a composite sketch of the assailant, who is described as Hispanic with short, curly hair and a light complexion. He was wearing a gray hooded sweatshirt, dark shorts and a dark baseball cap.