KABC
By Laura Montenegro and Robert Holguin
LOS ANGELES (KABC) -- A Los Angeles police officer was charged with immigrant smuggling Monday after Border Patrol agents found a man hiding in the trunk of his car at the Otay Mesa border crossing.

Carlos Curiel Quezada Jr., 34, and his female passenger, 31-year-old Angelica Godinez, were stopped for a vehicle inspection at about 6:30 p.m. Saturday.

Both Quezada and Godinez handed over their passports and told agents they were traveling to Mission Hills, Calif., according to U.S. Customs and Border Protection and the U.S. Attorney's Office.

The suspect's white 2014 Nissan Juke was then flagged for further inspection. During the search, agents examined the car with an X-Ray machine and found 26-year-old Antanasio Perez-Avalos hiding in the rear cargo area.

Perez-Avalos had not received prior official authorization to enter the United States and did not have legal documents.

Quezada and Godinez were arrested and booked into the Metropolitan Correctional Center. On Monday, both suspects were charged in a San Diego courtroom with a single count of "bringing in illegal alien(s) without presentation."

The officer is a 10-year veteran who was assigned to the Hollywood Station. Investigators say Quezada has a prior DUI from 2014 and lives in Mission Hills with his parents.

"Immediately, we sent his commanding officer down there to meet with him and to meet with the folks from Customs and Border Enforcement," said LAPD Cmdr. Andrew Smith.

Quezada is on paid leave until the investigation is completed, Smith said.

Quezada and Godinez both posted $20,000 bond Monday afternoon. He is due back in court for his arraignment on April 9. 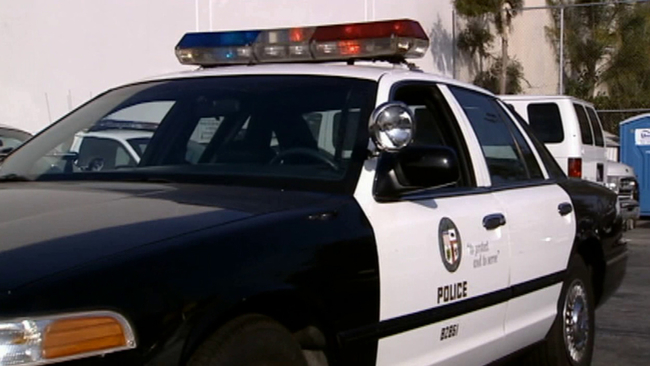