Veterans told to repay bonuses to government after fraud case 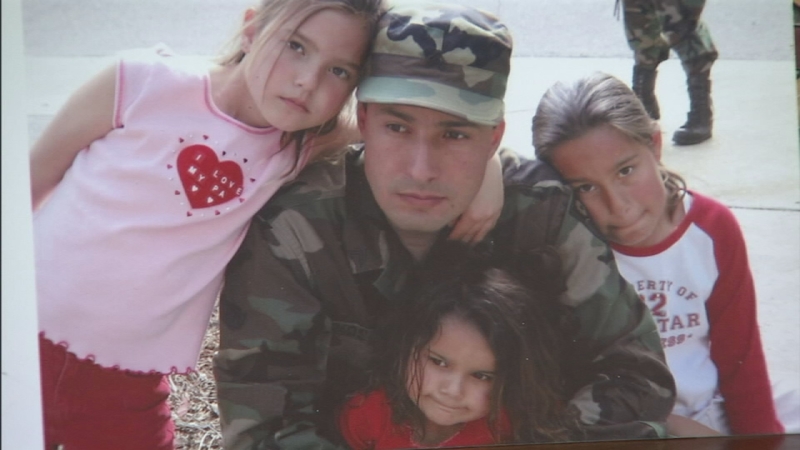 BEAUMONT, Calif. (KABC) -- The flag still flies outside the Beaumont home of Master Sgt. Richard Mosley. But for this veteran of the California Army National Guard, his feelings toward all things red, white and blue just aren't the same.

"I still get chills when I hear the national anthem, but when I hear people talk about the military or see commercials on TV about the National Guard, it hurts," said Mosley.

It hurts because after being paid more than $22,000 in enlistment bonuses over the years, and then coming back from a grueling deployment in Iraq with post traumatic stress disorder, he got a letter last August from the Army saying the government might need him to pay all of that money back.

"My heart dropped," he said.

Mosley sent a letter of appeal, but nine months later, it was denied. Now he's waits, hoping to hear word on another appeal.

"I was shocked. I did everything I thought right. I signed the contract. I've held up every end of my end of the deal," said Mosley.

For this married father of three, with money already very tight, he says it's financial stress he doesn't need.

"How do I budget for my bills if I'm going to have to pay this back all at one time?" asked Mosley.

So how did this happen? It turns out the person in charge of doling out all those bonuses, a former master sergeant, is now doing prison time after being convicted of fraud, for misappropriating millions of dollars in taxpayer money and giving out scores of bonuses to people who shouldn't have received them.

But because that person shredded so much paperwork, the National Guard can't tell who got legitimate bonuses and who didn't.

To help sort out this big mess, the National Guard has put together an Incentives Task Force, based in Sacramento, whose job is to find out who may have wrongly received money and get it back.

"This is not something I can fix overnight," said Col. Michael Piazzoni with the California National Guard.

When asked if it looks like Mosley is guilty of any fraud, Piazzoni said, "no." But he says that it's his job to rebuild the paper trail and that's why Mosley got the letter.

I asked Piazzoni: "Given everything he's done to live up to his end of the contract, to defend the country, to go to Iraq, now he has PTSD, and he's got these things hanging over his head saying we want the money back, does that seem right?"

His response: "No, it doesn't seem right."

But the fact is that Mosley is not alone. The California National Guard says during the time frame in question, about 17,000 soldiers got bonuses and about half of them are in a very similar situation.

"If you got a bonus between 2004 and 2010, you're going to get a letter from the Incentives Task Force," said Piazzoni.

The government says there were a number of problems with Mosley's National Guard contract. One example is that he was in the National Guard for longer than 16 years, which would have made him ineligible for the bonus.

But Mosley says at the time he signed the contract, they told him his service time was within the limit.

"The people doing the checking, the people holding the gate to determine whether or not he could get a bonus, didn't follow the rules," said Piazzoni.

Piazzoni says there are thousands of guardsmen who haven't even got letters yet. He says it's important that they don't ignore them.

Still, Mosley says it's as if he's being asked to prove he didn't do anything wrong to keep from having to re-pay the government. It's now been over a year and still no resolution.