VIDEO: Brawl breaks out on plane headed to LAX 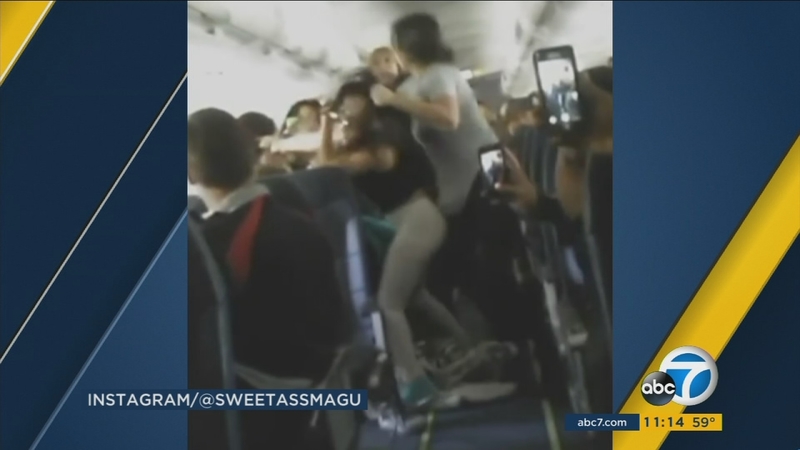 VIDEO: Brawl breaks out on planed headed to LAX

LOS ANGELES (KABC) -- A brawl over a loud boom box broke out on a Spirit Airlines flight about to land at the Los Angeles International Airport on Wednesday.

ABC7 learned the plane was heading from Baltimore to Los Angeles when two women began playing music loudly from a boom box.

When another flier asked the women to turn down the music, the boom box owners instead turned up the volume and taunted passengers.

Shortly after, a wild scene was caught on camera as five women began fighting mid-flight.

LAX police met the plane at the gate and all five women involved were taken off the plane.