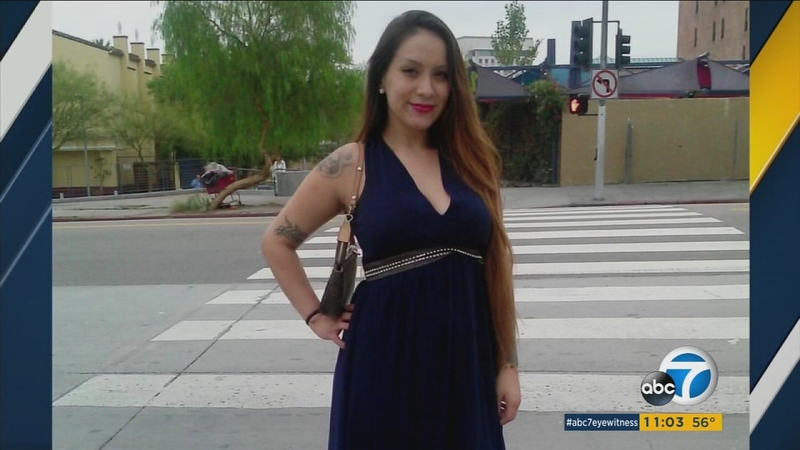 VENICE, LOS ANGELES (KABC) -- Surveillance video captured the last moments of a 22-year-old mother's life before she was stabbed to death in Venice Monday night.

On the left side of the screen, a scuffle appears to start. Then, you see a woman running onto the sidewalk and turning around, holding what appears to be a knife in her left hand.

Moments later, she jumps into the passenger side of a dark SUV with several others, and the vehicle takes off.

Authorities were searching for two women and one man in connection with Jasmine Preciado's death.

Her family said she had a 3-year-old daughter and was nearly 4 months pregnant with a second child.

Relatives who gathered at a candle-lit memorial said they want justice.

"All I got to say for the people, the girls who did this to her, turn yourself in because no matter what, you're not going to get away with it. Judgement day comes, you'll pay for it," said relative David Preciado.

Investigators Tuesday night swarmed a Venice neighborhood not far from the murder scene. Police searched a black SUV, which they said matched the description of the one they were looking for.