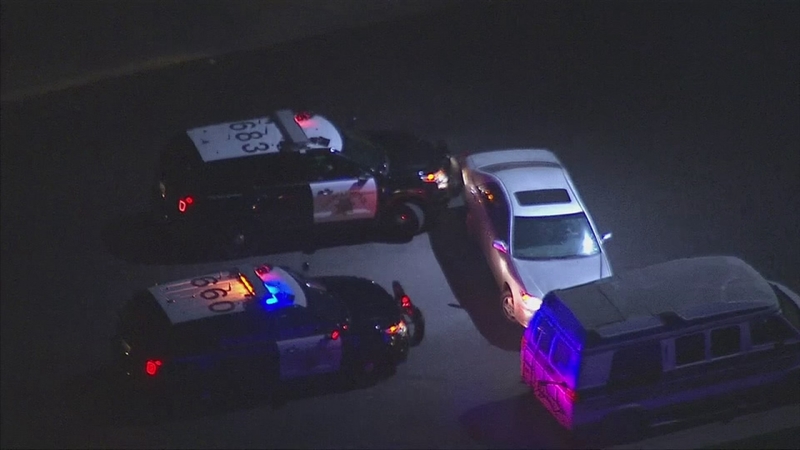 Officials said the silver Toyota Camry was driving southbound on the 14 Freeway approaching the 5 Freeway when CHP attempted to pull it over for speeding.

The pursuit came to an end in Watts after CHP used a PIT maneuver to crash the vehicle just south of East 103rd Street and Graham Avenue.

The man exited the vehicle with his hands up and surrendered to officers.