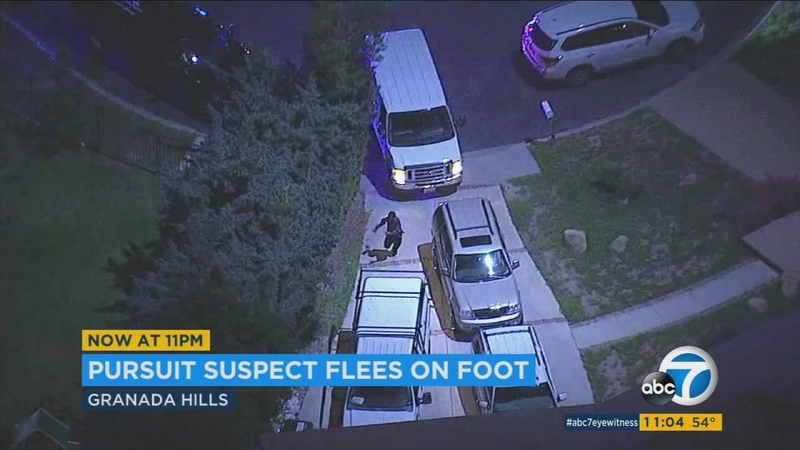 GRANADA HILLS, LOS ANGELES (KABC) -- Police chased a man in a stolen taco van who was also wanted for attempted assault on an officer in the San Fernando Valley late Tuesday.

The incident started near Glenoaks Boulevard and Desmond Street in Pacoima with a stolen vehicle investigation.

The suspect fled in the vehicle and may have driven toward an officer as he sped off.

The chase led officers to Granada Hills, when the suspect abandoned the taco van and fled on foot, triggering a search by police of the neighborhood near the Knollwood golf course.

After about an hour searching the neighborhood with the help of K-9 units, the suspect was taken into custody. He reportedly had a dog bite on his forearm.

A suspect in a taco van who led police on a chase in the San Fernando Valley before fleeing on foot was arrested after an hour-long search of a Granada Hills neighborhood.