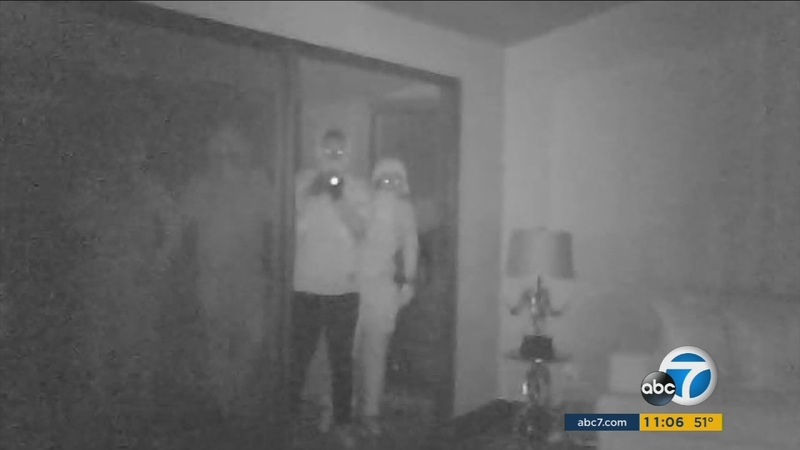 PALOS VERDES ESTATES, Calif. (KABC) -- Police are warning homeowners in Palos Verdes Estates about a rise in burglaries after dozens of homes have been targeted in the past few months.

Recent surveillance video showed three male suspects and a female suspect inside a home they robbed of jewelry, cash and a safe.

Police said the burglars may be responsible for some of the 14 home break-ins in the area in the last two weeks.

"The most common time seems to be between approximately 3 p.m. and 9 p.m. Generally, it's glass doors in the back that are being smashed and the suspects are entering through those doors," said Greg Robinson of Palos Verdes Estates police.

Police said burglars were also getting in by breaking rear windows or through unlocked windows and doors. Since Oct. 1, 41 homes have been burglarized, which is more than the city has had in a year's time.

Police do not know why there's been a drastic increase, but residents said the crimes have them fearful.

Two burglaries happened on Marina Raikhel's street. In the nearly 25 years she's lived there, she doesn't recall any crime, not even a package stolen from her doorstep.