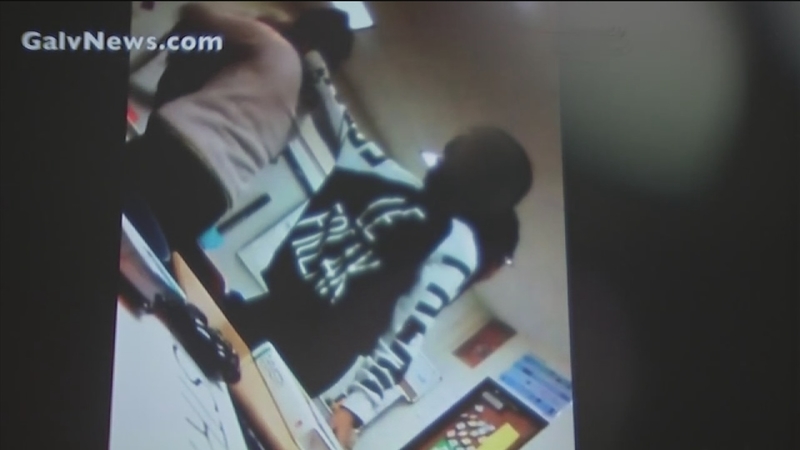 LA MARQUE, TX (KABC) -- Two teenage girls in La Marque are now facing charges after separate attacks at La Marque High School. Investigators say in one case, a teen pushed a security officer. In another, the student is caught on camera attacking a teacher.

The video was shot Tuesday morning and posted to YouTube. Students saw it on their phones and it has since made its way around the school.

La Marque Superintendent Terri Watkins confirmed the video as authentic. You see it here as posted by the Galveston Daily News. Watkins told us it shows a 15-year-old student in class, throwing a teacher down not once, but twice. Watkins said the incident stemmed from a backpack the teacher had, which the student apparently wanted back. At one point, you see the student even punching the teacher while she was on the ground.

The incident is being investigated by the La Marque Police Department and the school district. The superintendent says the teen will face consequences according to the student code of conduct. Police were actually on campus when this occurred Tuesday investigating another incident where a different student is alleged to have pushed a security guard.

Neither that security guard nor the teacher was seriously injured in either incident.